Stephanie came to visit me in Arizona. Over the weekend we drove up the Apache Trail in Tonto National Forest.

Apache Trail is the closest access to Tonto National Forest from my flat. However, the road is dirt and heavily travelled, so while it does not require a high clearance vehicle, the narrow washboard roads makes for a nerve-racking slow drive in my Chevy Cruze. 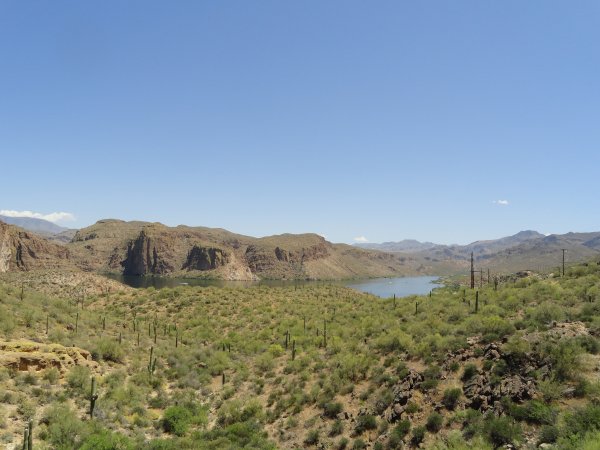 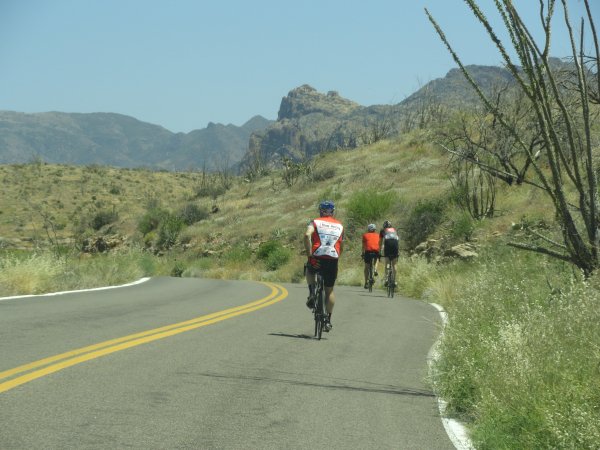 2013-04-26 I'm always surprised when I see bikers on the mountain roads I'm driving; I'm tired enough from driving, imagine how difficult it must be to bike these roads 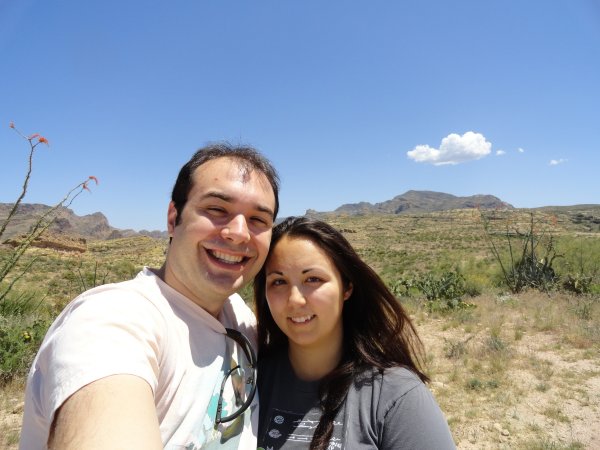 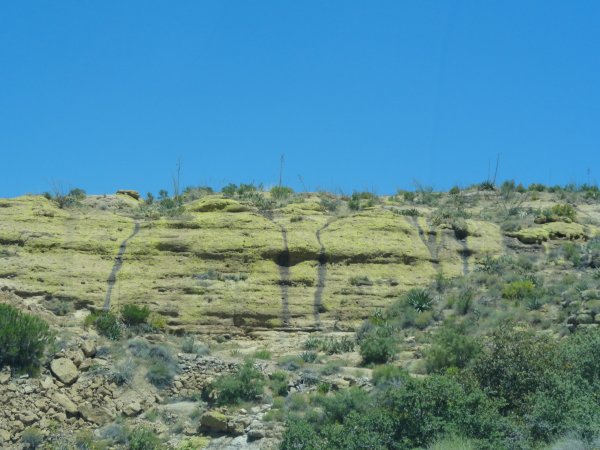 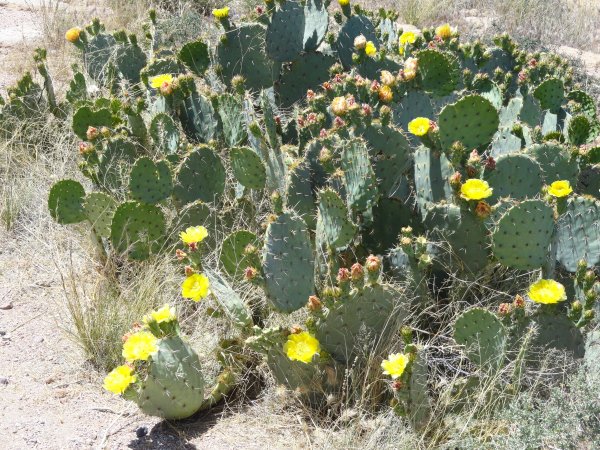 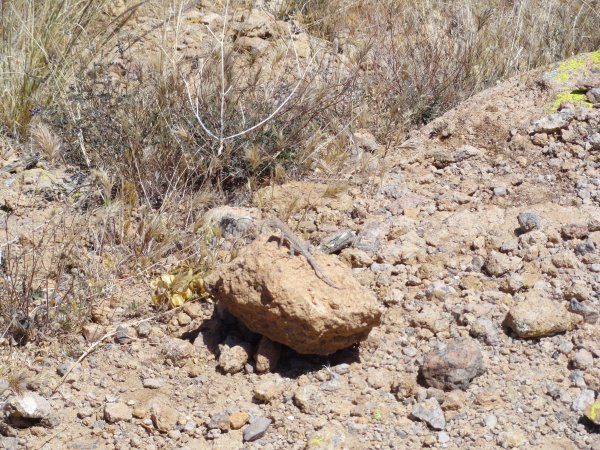 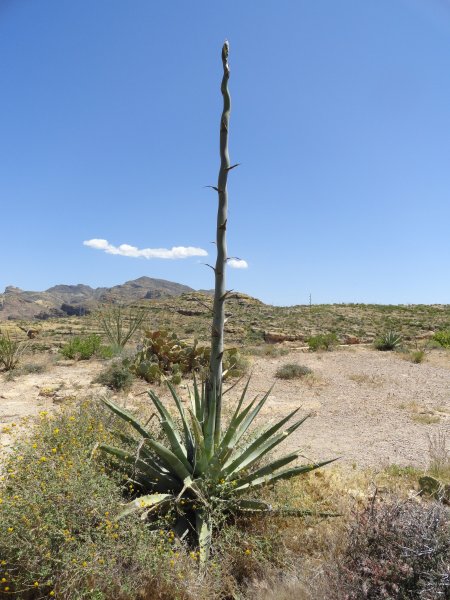 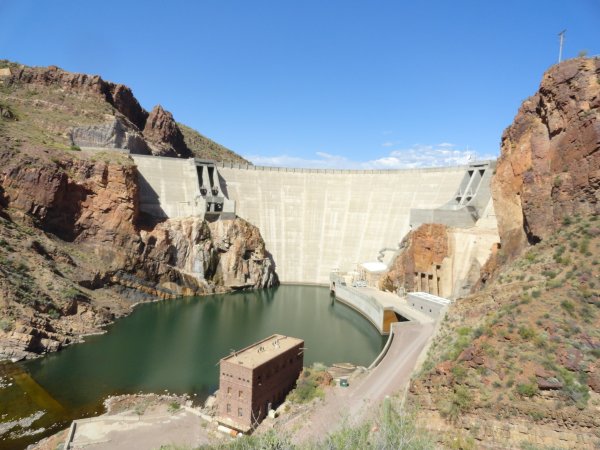 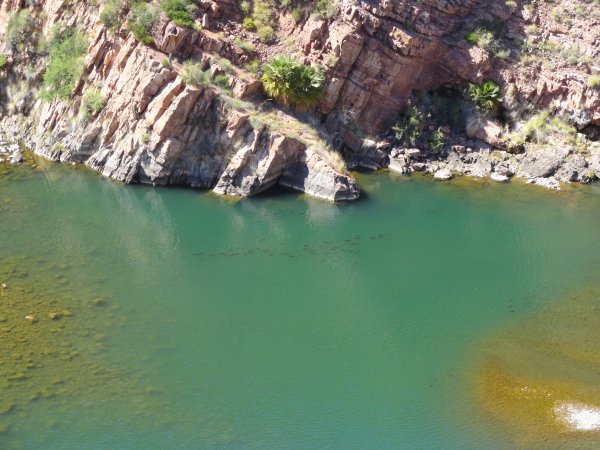 Apache Trail ends at Theodore Roosevelt Reservoir in the Tonto Basin. We camped on the lake and investigated the cliff dwellings at the Tonto National Monument 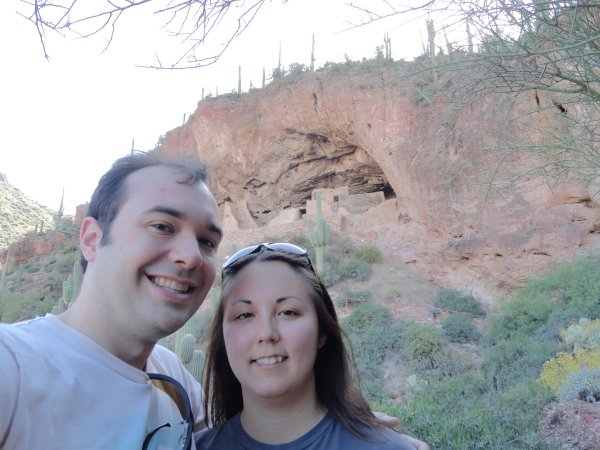 2013-04-26 The cliff dwellings at the Tonto National Monument, complete with a poorly lit photograph! 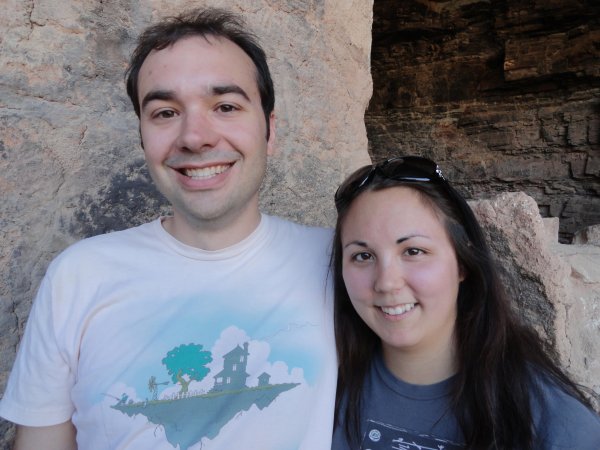 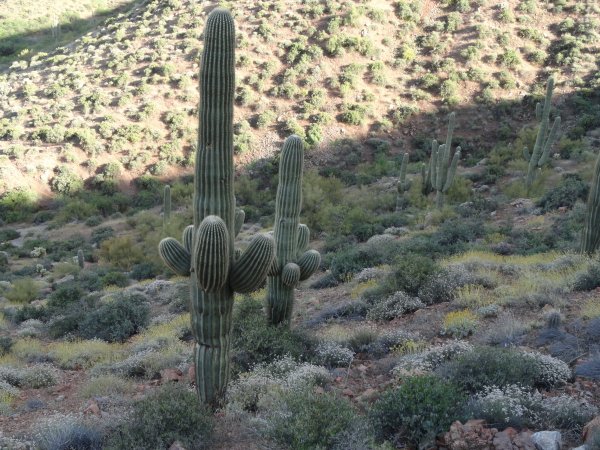 2013-04-26 Here are some saguaro. Similar to mould, you can estimate directions based on the vegetation of the mountains in Arizona; the southern side will have saguaro (sun is setting in this photo), while the north will have more leafy bushes 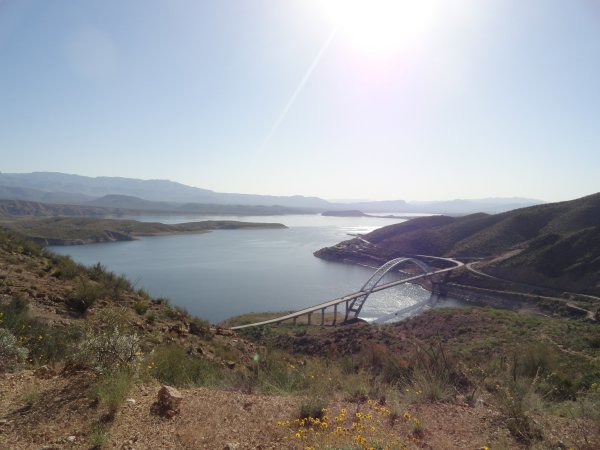 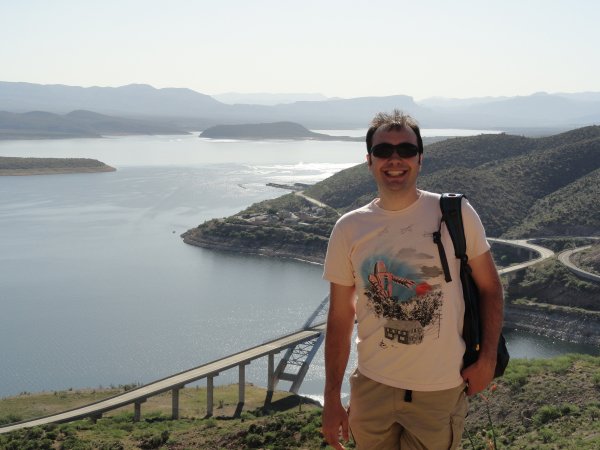 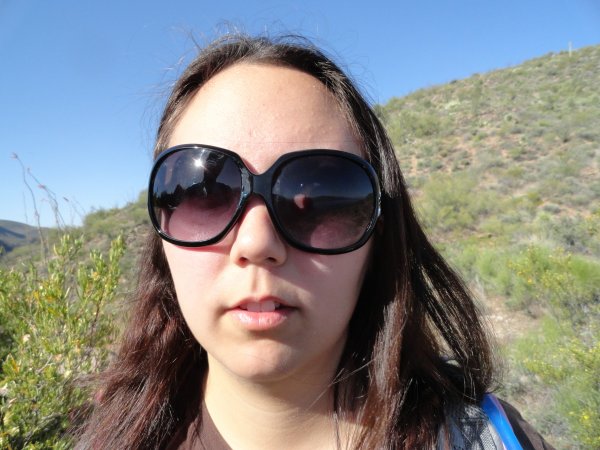 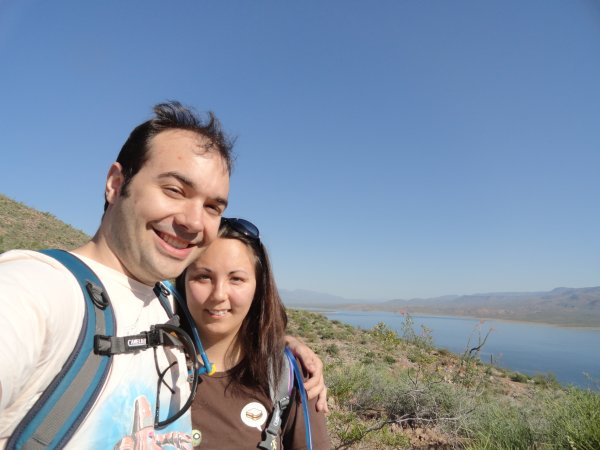 Not wanting to repeat the rough drive up Apache Trail, we went south to Globe and took US60 back to Phoenix 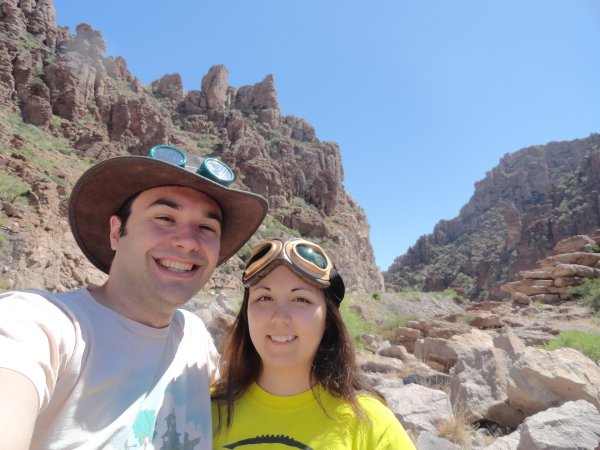 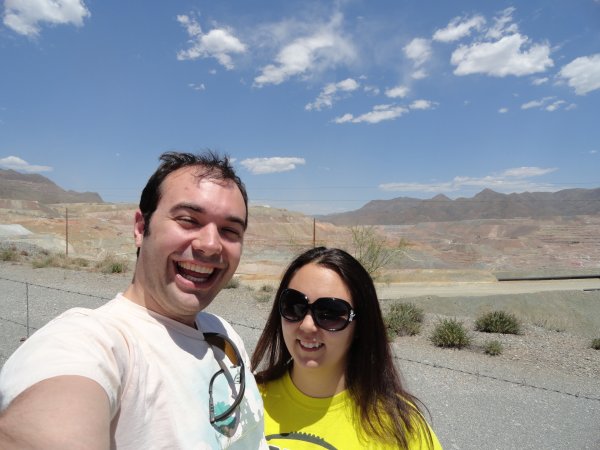 Needing to fill one more day with activities, we went on a day hike in the Phoenix area. It ended at a spring with petroglyphs 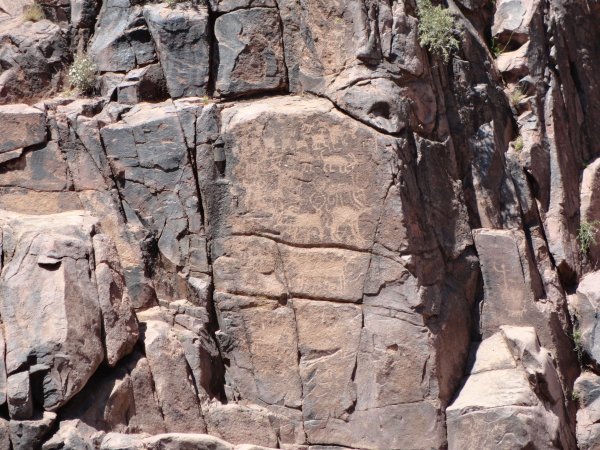 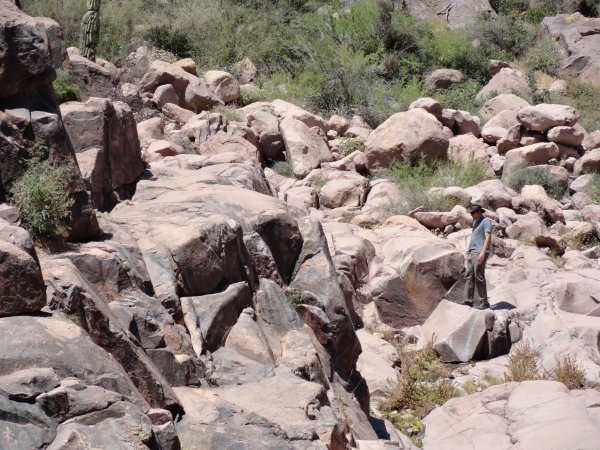 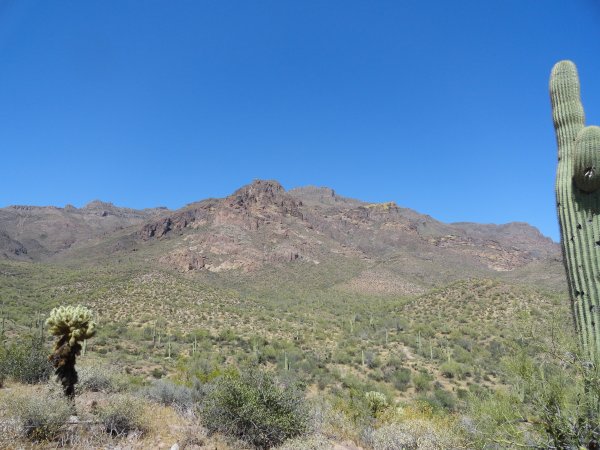 2013-04-28 This is the terrain we hiked up. You don't realize how valuable shade is during hikes in Michigan, even in April it was uncomfortable in Phoenix