Here is a collection of pictures I have taken from my travels around the American Southwest in 2014.

Sycamore Creek is an easy 1 hour drive from my flat, so it is my go to camping location. 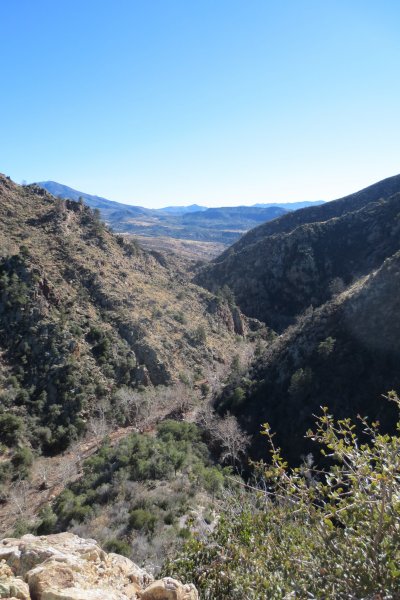 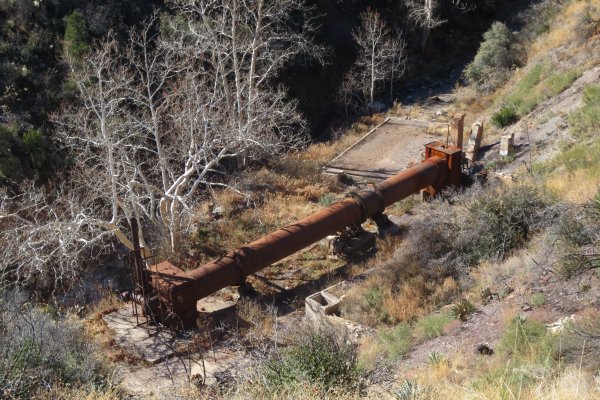 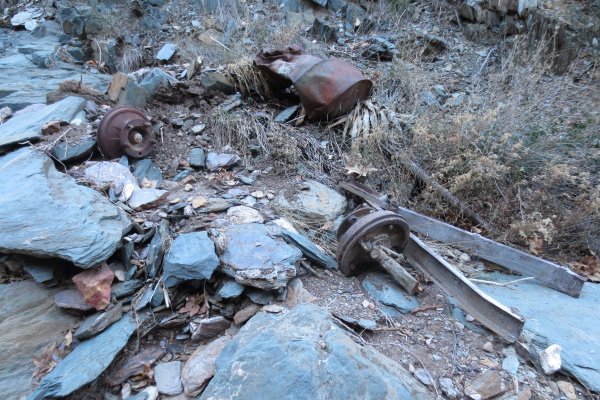 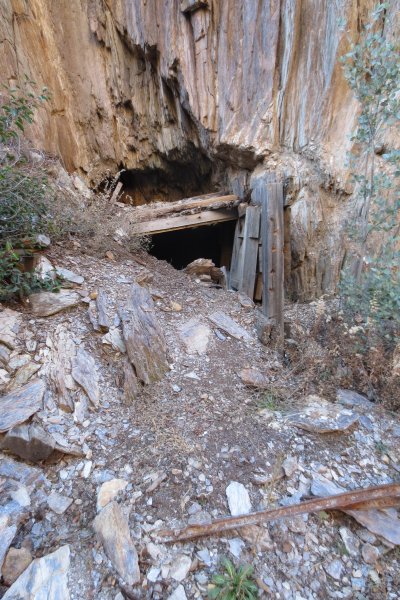 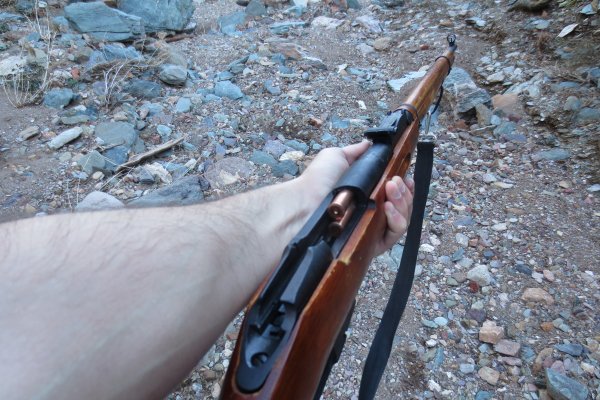 2014-01-01 While target shooting again I jammed my Mosin. I guess I was trying to cycle too quickly and the previous case did not eject properly. I had to get my Leatherman out to recover the rifle 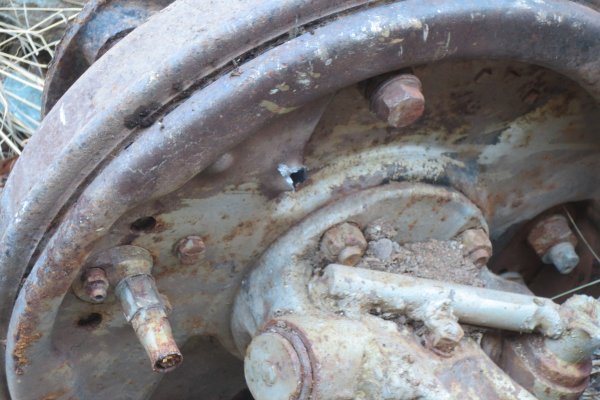 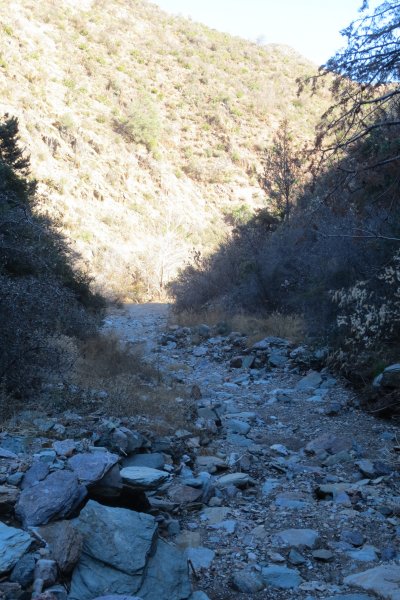 2014-01-01 Depending on if I am in the shade or the sun is a large difference in temperature. If you look closely in this picture you can see my orange target 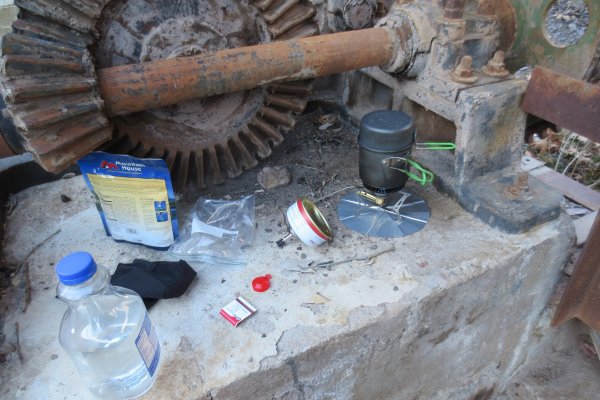 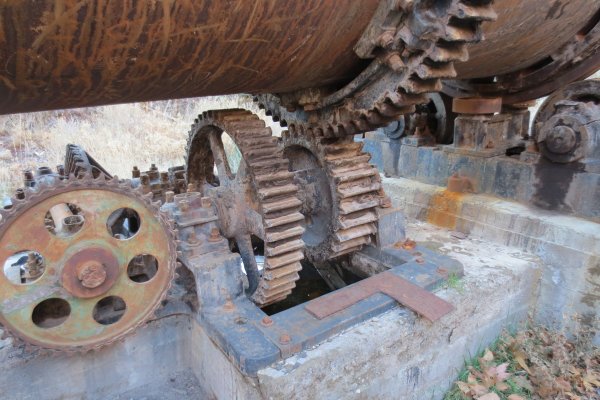 2014-01-01 Lunch was eaten at the separator I saw earlier. I can only imagine how difficult it was to get these supplies up that 4x4 road to build this 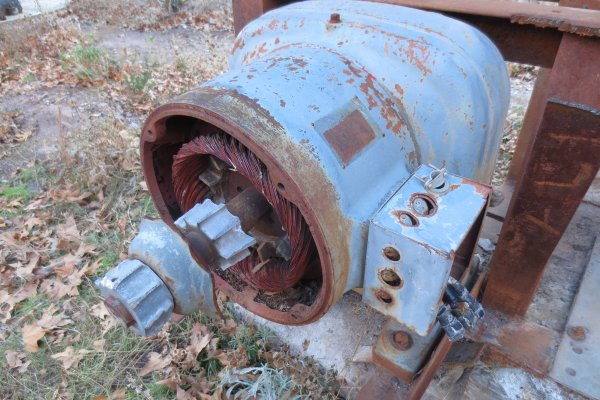 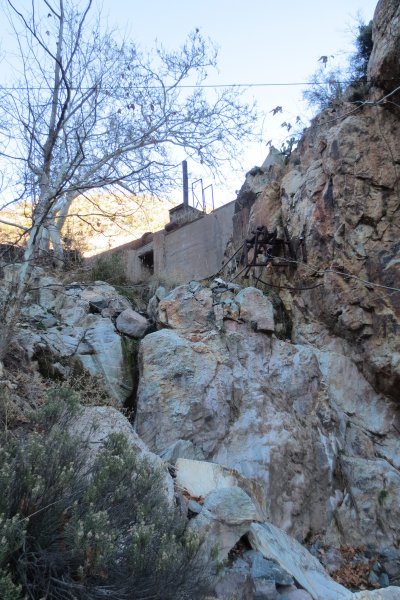 2014-01-01 Just below from the ore separator you can see a large drop off that I was stupid enough to attempt climbing down. I didn't injure myself but I didn't make it all the way before chickening out; I ended up dirty and tired after this brief scramble 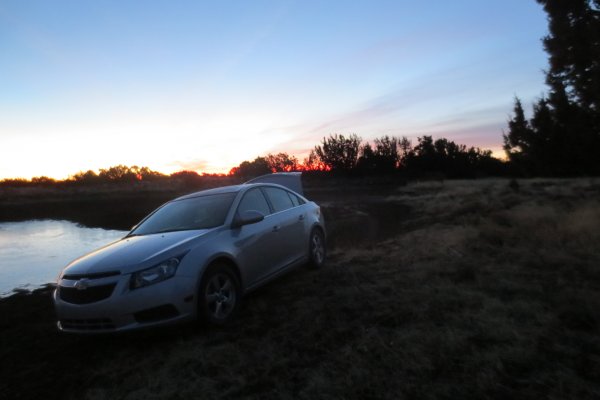 2014-01-04 Packing up my campsite in the Coconino National Forest. That watering hole was liquid when I arrived the night before 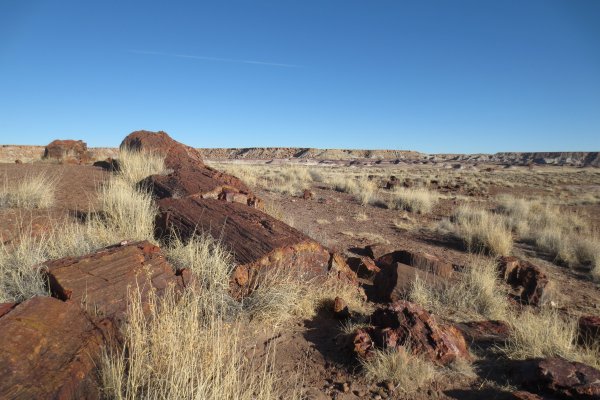 2014-01-04 Heading through the Petrified Forest National Park, there are quite a few petrified logs. This is next to the visitor center in the south side of the park

2014-01-04 A petrified log forming a bridge. The concrete was put in before the forest service's position of not preventing natural forces on park features 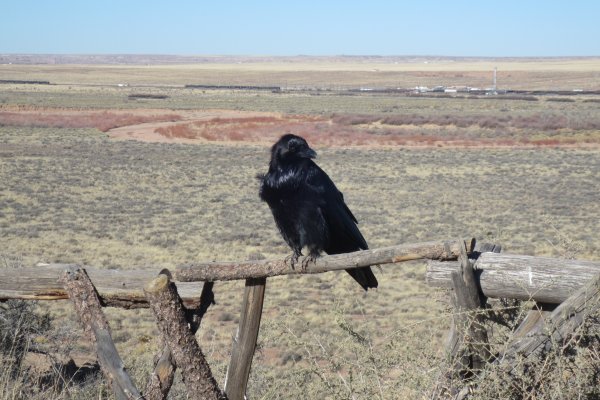 2014-01-04 This crow is fearless. You can also see the train that cuts through the middle of the park in the background 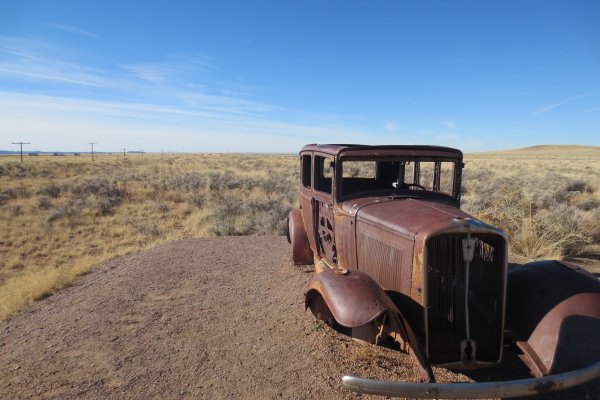 2014-01-04 Another panorama of Arizona, featuring some of the layering in the rocks

2014-01-04 I drove north from the Petrified Forest National Park, however that is all Navajo Nation until well into Utah. So that is where I went, and I found the Natural Bridges National Monument 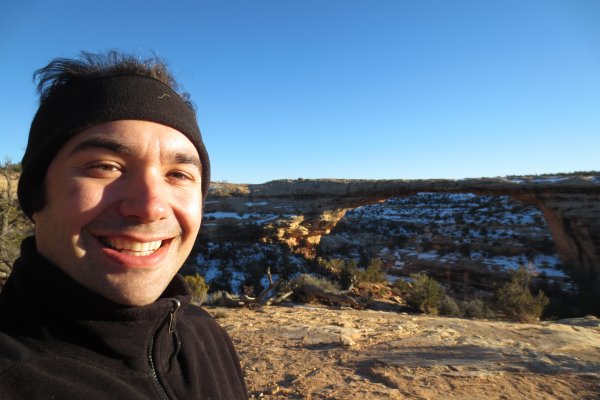 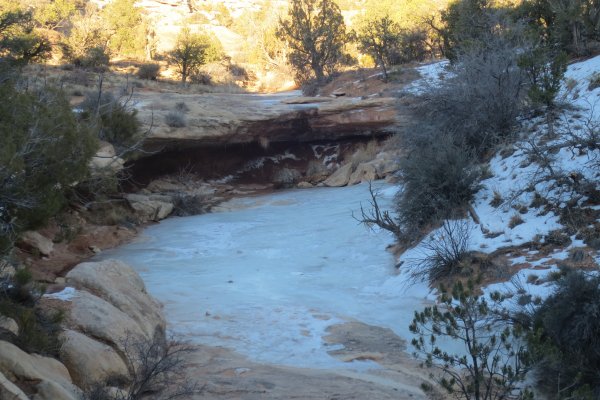 2014-01-04 A creek below the bridge. I spent the night in the campgrounds for this park, and between the windspeed and temperature it was terribly cold; I was waiting out the night in my zero degree bag

2014-01-05 The night before I went to bed just after dark around 7pm, so I awoke well before daylight and broke camp, heading to the famous Monument Valley inside the Navajo Nation. Driving from the northeast I took this grainy low light panorama just after sunrise 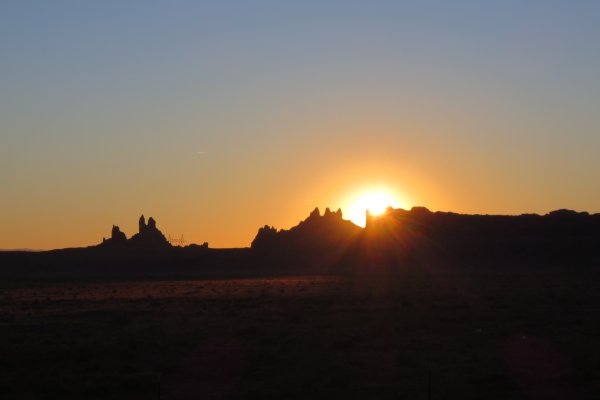 2014-01-05 Heading towards Flagstaff, the San Francisco Peaks become visible in the distance

2014-01-05 Not stopping in Flagstaff, I stopped for the scenic overlook on the shoulder of I-17 with this picture of the Coconino National Forest 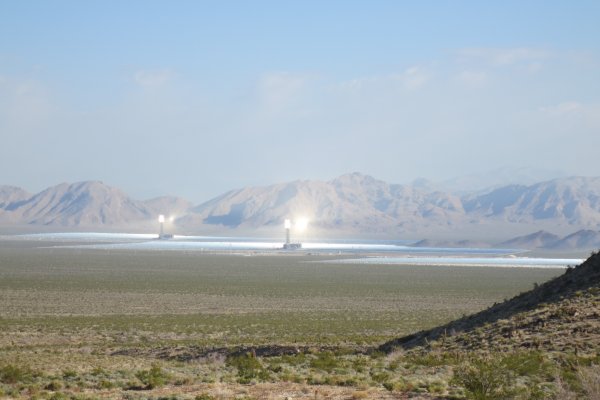 2014-03.22 Early in the morning I was caught off guard when I saw the Ivanpah Solar Power Facility off in the distance 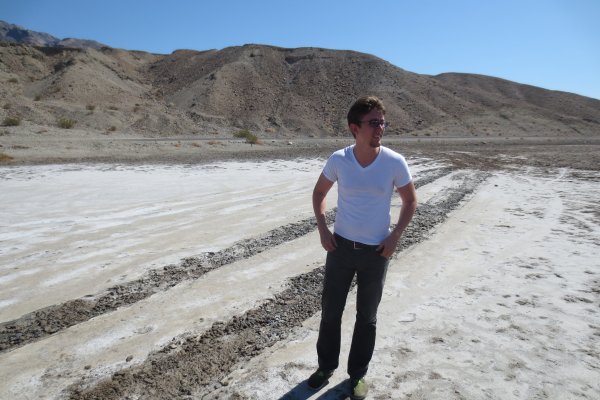 2014-03.22 We visited Badwater Basin, the lowest point in the USA. Tony had to be even lower than the rest of us 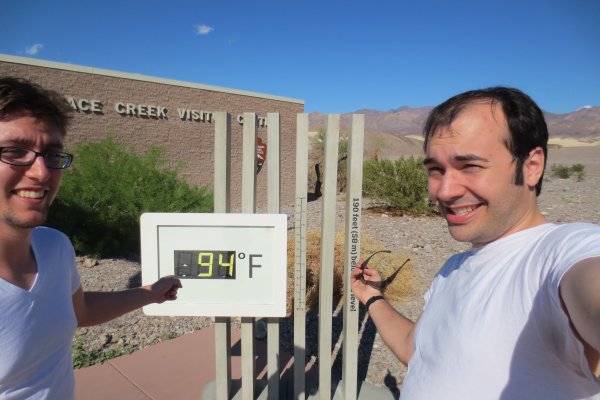 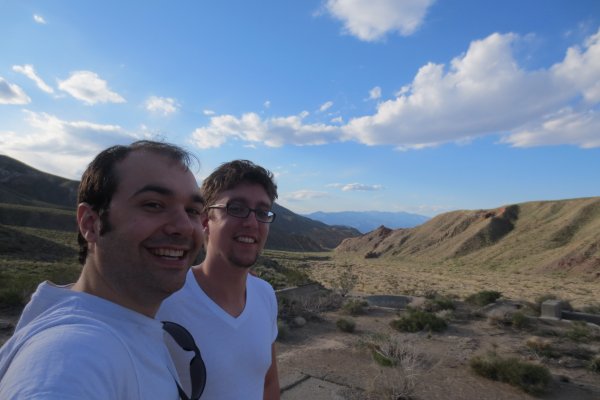 2014-03.22 After setting up camp we did some exploring. Here we are checking out some old mining foundations 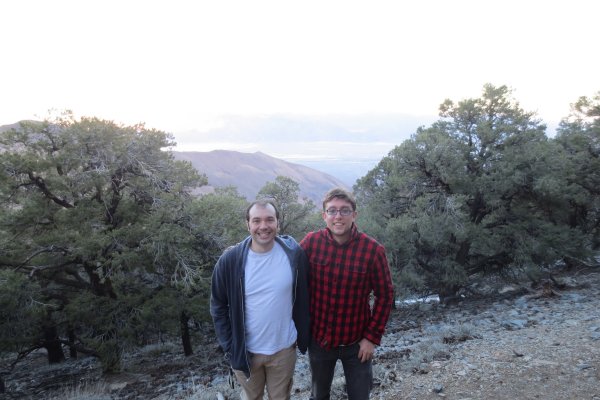 2014-03.22 We were able to make it to the Mahogany Flat campground. Unfortunately ran out of road and daylight so we could not continue on to the highest point in the park - Telescope Peak 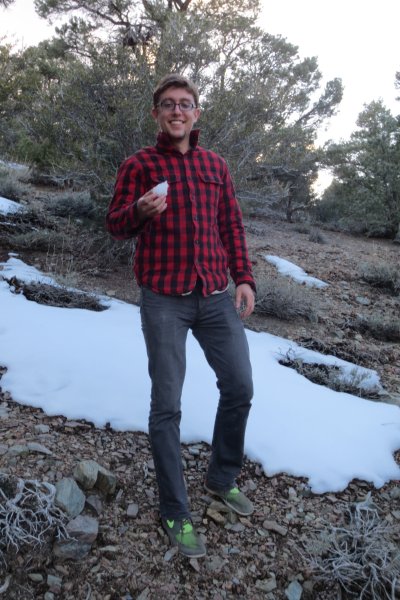 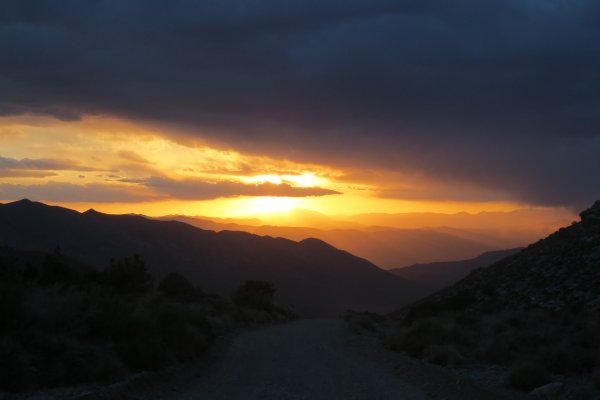 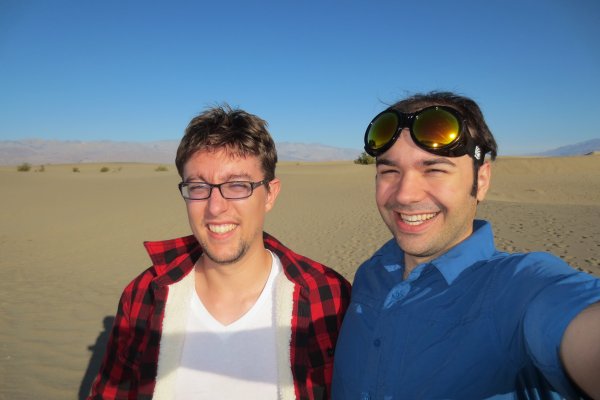 2014-03.23 The next day we started off by checking out Mesquite Flat Dunes. Lots of sand there

2014-03.23 We finished our trip by asking the Cruze for another climb, this time to Dante's View at 1669m. It has a brilliant overlook of Badwater Basin, and in the distance Telescope Peak is snow covered