Wanting to see some of Michigan's famous sand dunes, I determined the place to go is Silver Lake, the only drivable dunes East of Utah. Good thing I don't have a Jeep. Scott, Mike, and Stephanie joined me on this excursion. 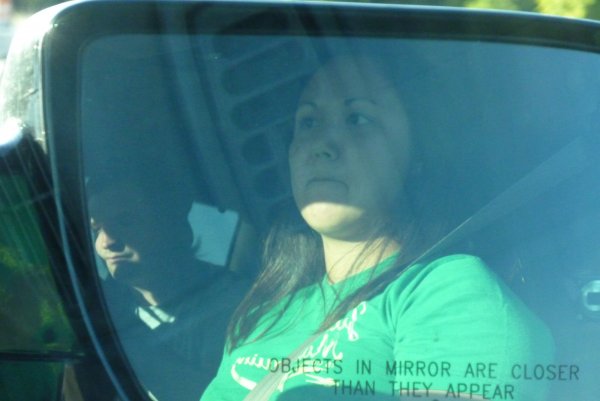 2010-09-17 On the way out my camera found its way into Scott's hands. He snatched us this photo, reminding us that Stephanie may be closer than she appears. 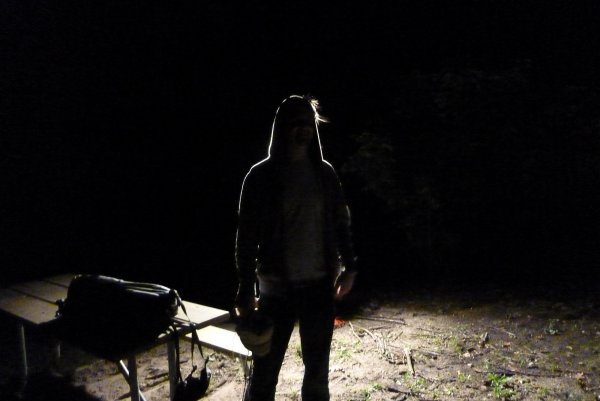 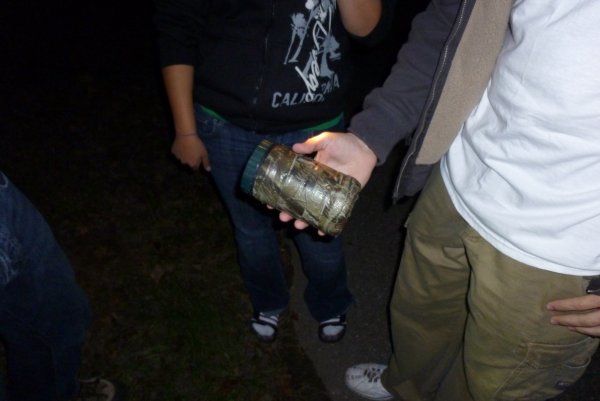 2010-09-17 After setting up camp we went geocaching, and found this cache in the knot of a tree. There is a bike path with multiple caches on it, however strait lines are boring to walk in the dark. 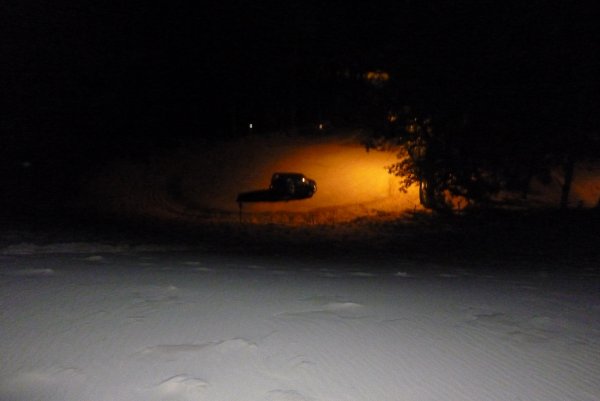 2010-09-17 Before we went to bed we stopped at the public access for the sand dunes. It was cool because we reached the top of the first dune, and couldn't see how far the park sprawled. 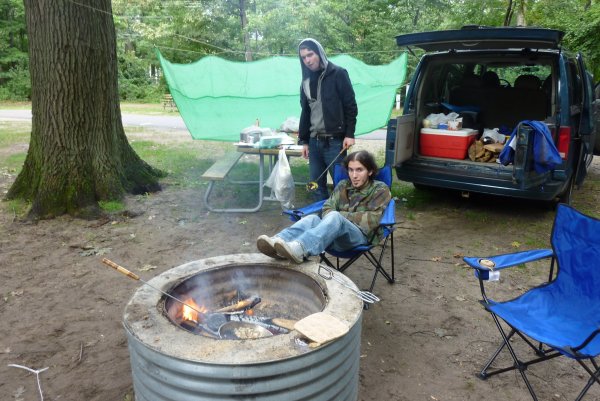 2010-09-18 The next day started with breakfast. I forgot to bring a camp stove or even the electric griddle for bacon. If the world gives you electricity, you should use it. 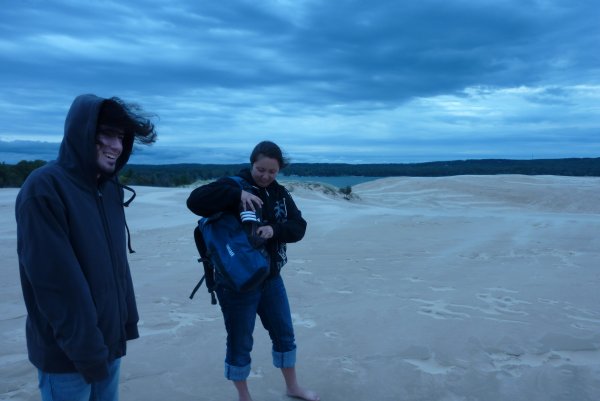 2010-09-18 There is a lot of wind on top of the dunes. Silver lake is featured behind Stephanie, which is where we crawled up last night. 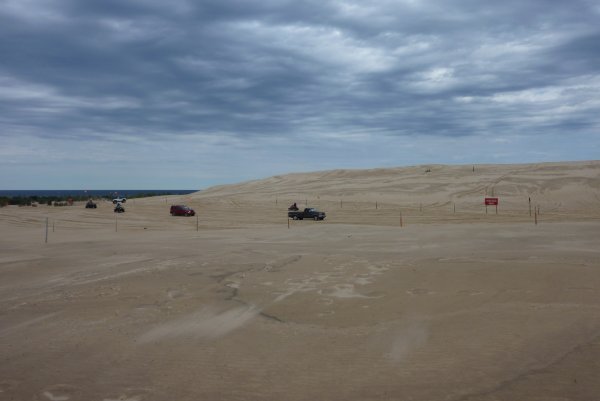 2010-09-18 We walked along the border of the self-drive area. I was surprised how many new trucks were driving around. I expected a bunch of beat up trucks and dune buggys, however I saw lots of the JK Jeep Wrangler, which have only been made since 2007. 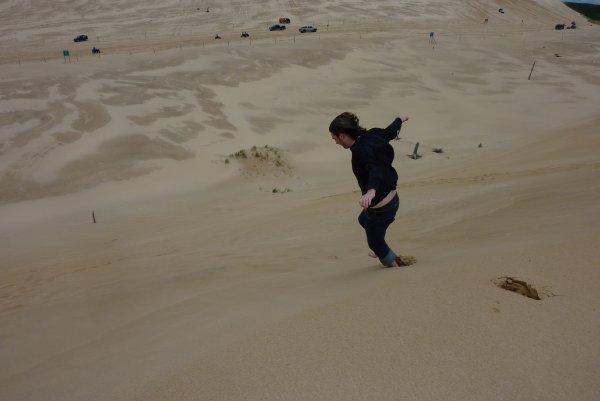 2010-09-18 Mike jumped/ran/rolled down this dune. I would advise going to the dunes in the morning, because in this photo the dune looks quite flat, with a few muted footprints. When we walked back at the end of the day, this hill was covered in tracks. Everyone loves to copy Mike. 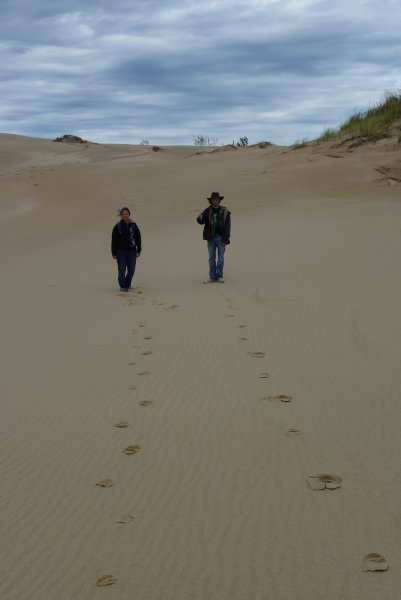 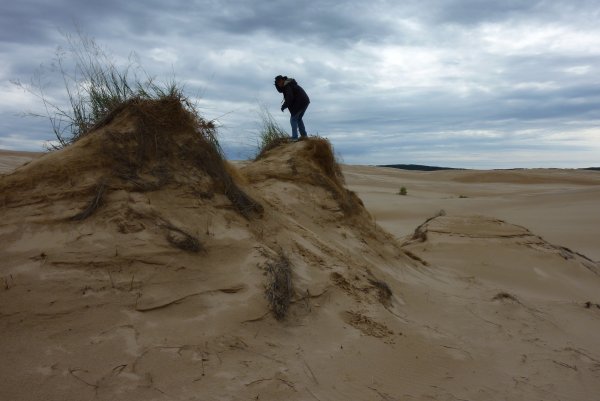 2010-09-18 Scott could be an awesome wizard from this perch; just needs a robe and wizard hat.

2010-09-18 The trees next to Mike in this photo appear to be being eaten by the sand dunes. There was a bunch of little marsh areas like this one surrounded by dunes. 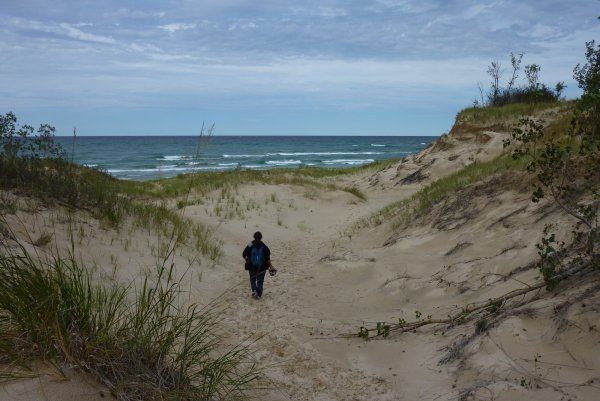 2010-09-18 We finally get to see lake Michigan. These dunes with grass are what I think of when I think Michigan dunes. 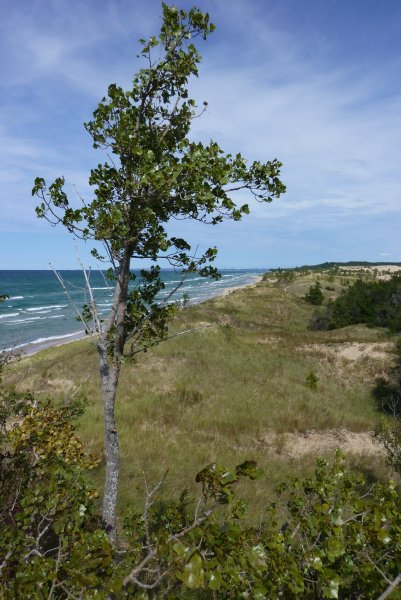 2010-09-18 A panorama shot from Lake Michigan. That's right, Michigan is skinny enough to fit in a single photograph. 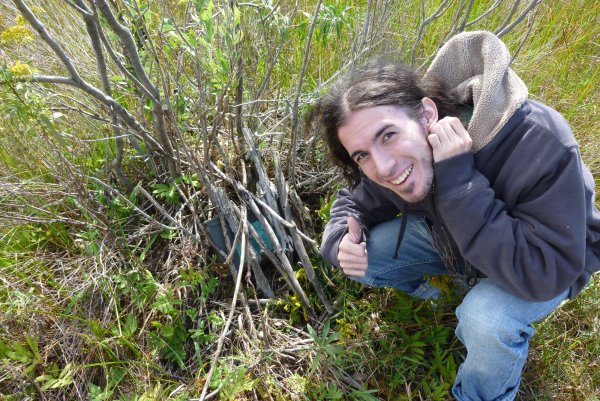 2010-09-18 On the way back we did some more geocaching. Our biggest problem was Mike's cellphone (our only gps) had poor reception. This meant that to update our position it took five minutes, which is frustrating when Mike sends you off into some pine trees with no cache. 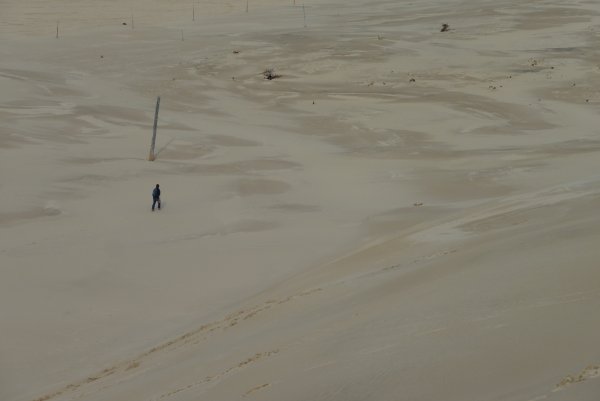 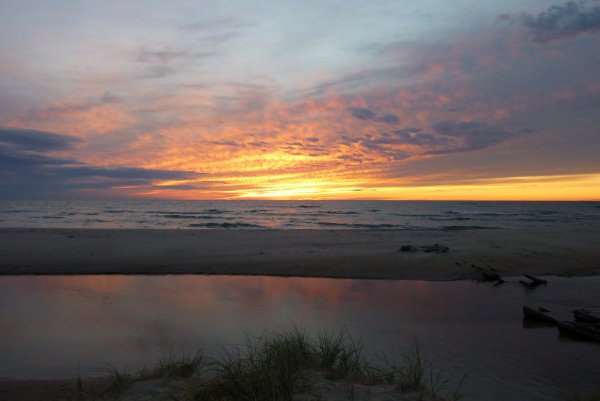