We arrived in Madrid around nine at night. We met Trish's friend Jose at the airport and quickly dropped off our things at his apartment. Then we were whisked away to a party where we met some of Jose's friends. 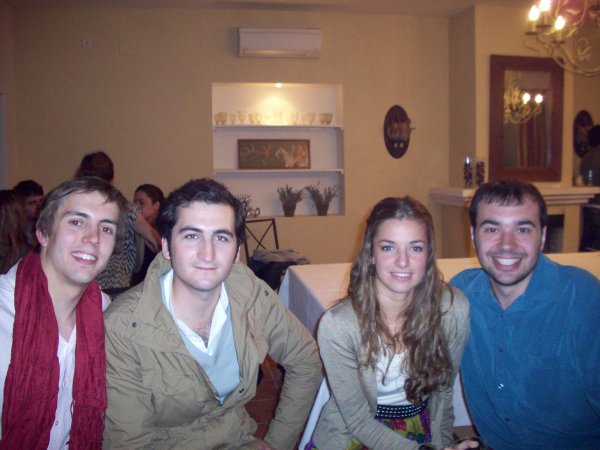 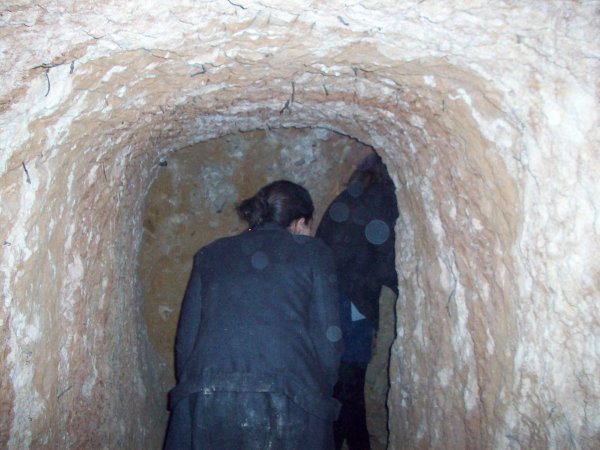 2010-05-15 These caves are from the Spanish Civil War. It was interesting talking to Spaniards about their view on the war, as Americans get a negative viewpoint of Francisco Franco, thanks to his ties with Nazi Germany and how vocal Picasso was against him.

We slept in the next morning and visited Madrid. 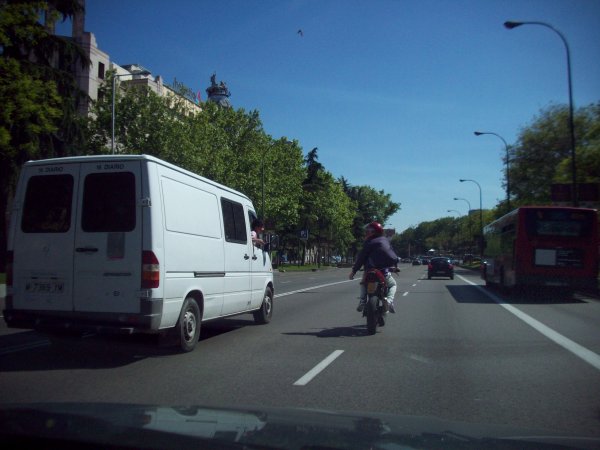 2010.05.16 On the way to downtown we saw this motorbike talking to this Sprinter. 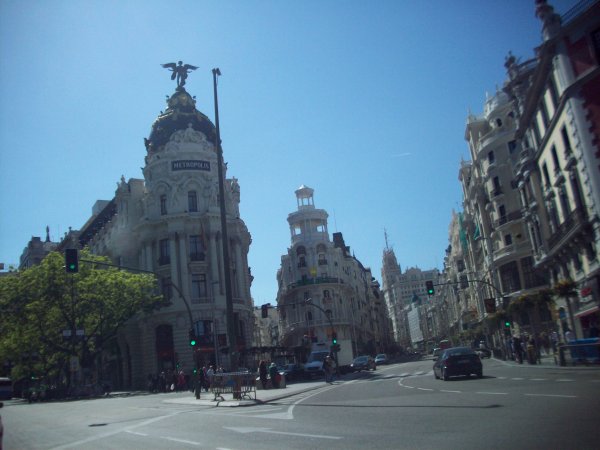 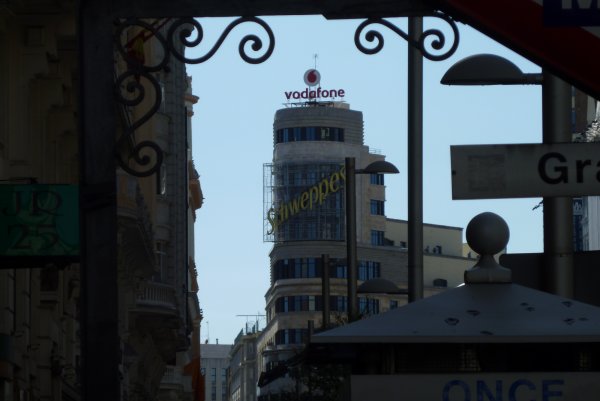 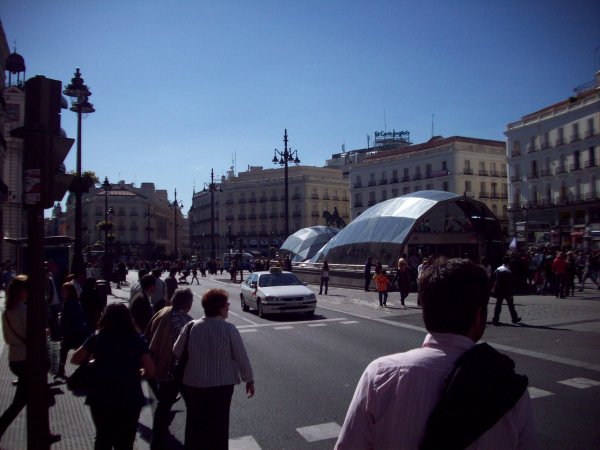 2010.05.16 Here is the Schweppes sign on Gran Vía. Unfortunately not quite Vernors, but appreciated all the same. 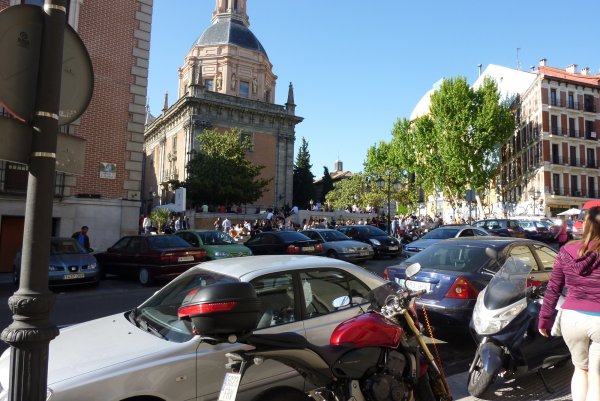 2010.05.16 This is the plaza Puerta de Moros in front of the San Andres Church. You can see the crowd of people in front, which only grew as the day went on. 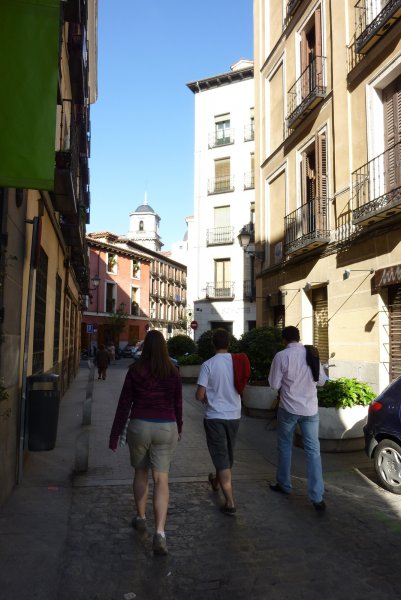 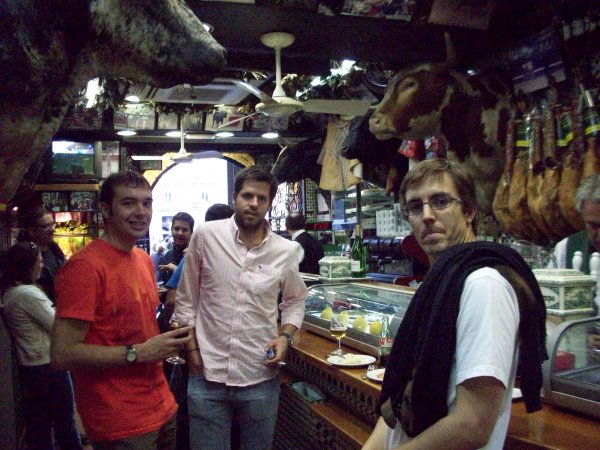 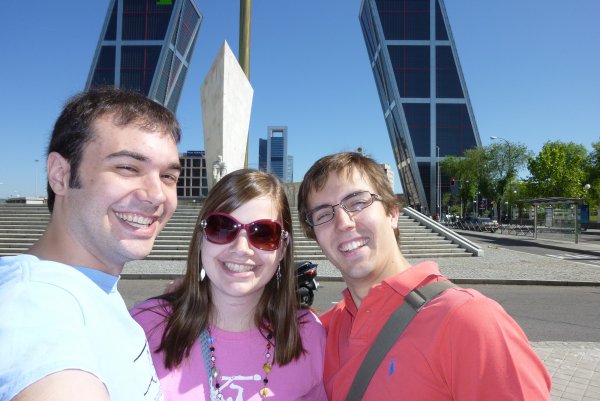 2010.05.17 In front of Puerta de Europa (Gate of Europe). Behind you can see some of the towers which make up Cuatro Torres Business Area. This picture is me, Trish, and Jose. 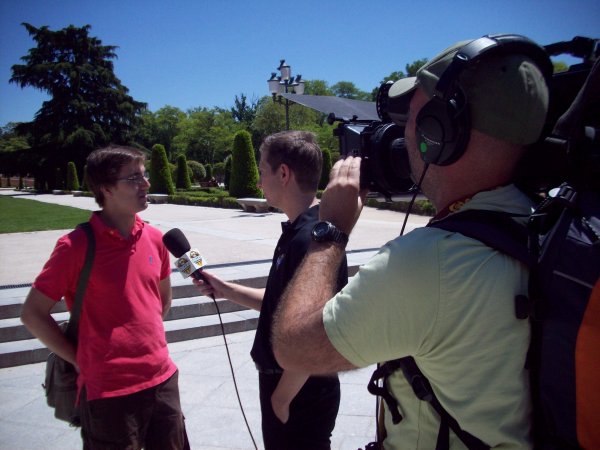 2010.05.17 There was a famous football match later that week, and this guy was from Fox Sports, looking for people who spoke English to talk to. Trish and I know nothing about soccer, so Trish gave an excellent interview saying how Madrid is a beautiful city. Jose actually knew the teams, so he sounded intelligent. I avoided the interview at all costs. 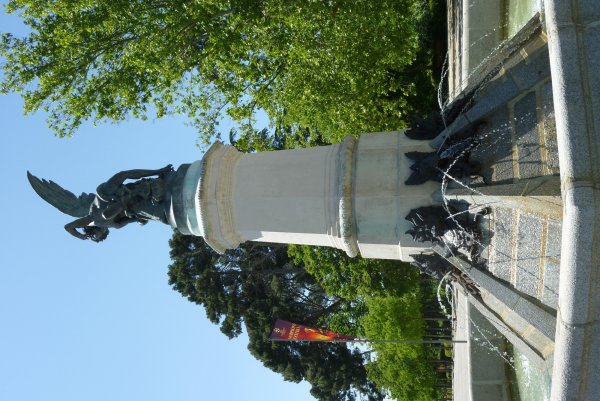 2010.05.17 This is the Fountain of the Falling Angel in Buen Retiro Park. It is the only public monument statue dedicated to the devil in the world. 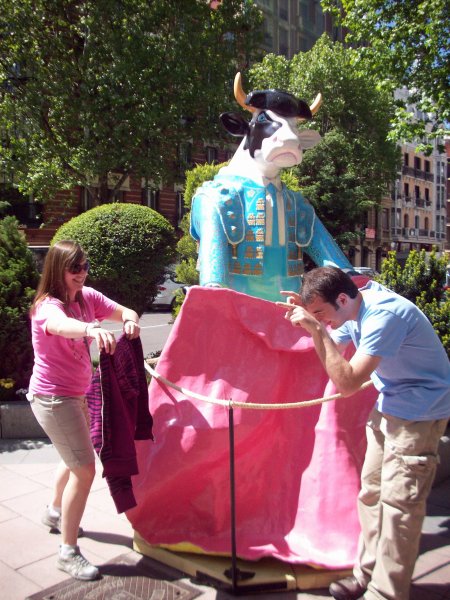 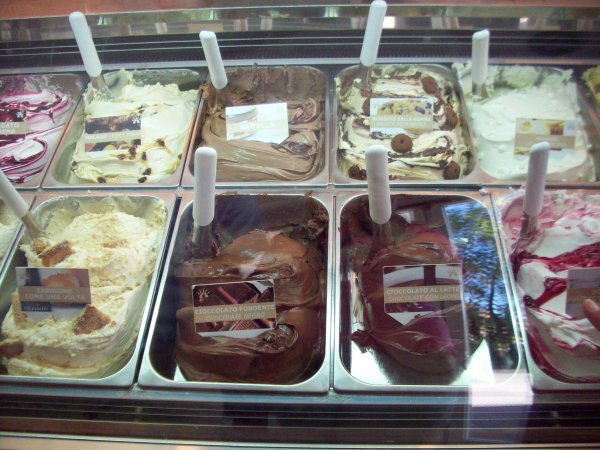 2010.05.17 This is a selection of Italian ice cream. Notice the Nutella flavoured in back, which was excellent. I had strawberry and dark chocolate, which was also good.

Just outside of Madrid is El Escorial. This is a monastery and a residence of the King of Spain. The Valle de los Caídos (monument to nationalist fallen in the Spanish Civil War, including Franco's tomb) is also nearby, however it was closed to the public because of political controversy. 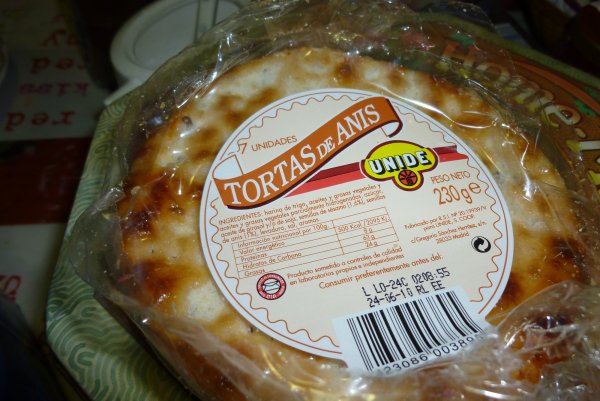 2010.05.18 I started my day by eating some Tortas de Anis. The night before we had difficulty describing the anise seed, largely because Trish and I are not culinary experts and aren't familiar with many herbs or spices. These Tortas are a common breakfast in Southern Spain. 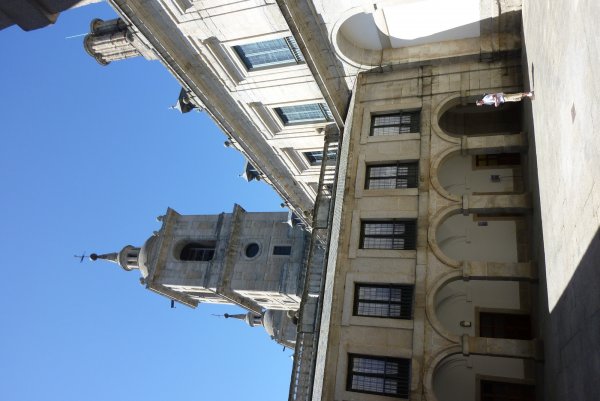 2010.05.18 El Escorial is about an hour Northwest from Madrid, in the mountains. Unfortunately, I understood that El Escorial did not allow photographs inside. Here is a courtyard which we passed as we entered. 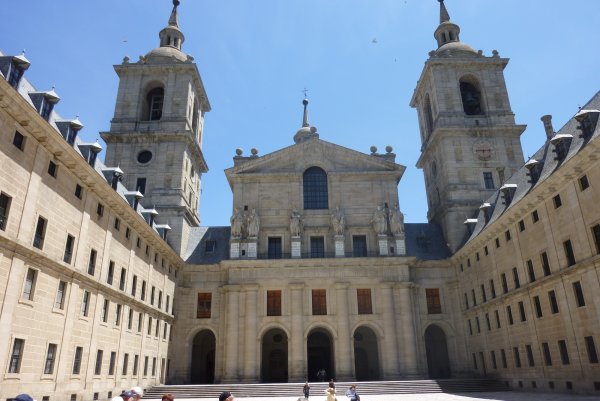 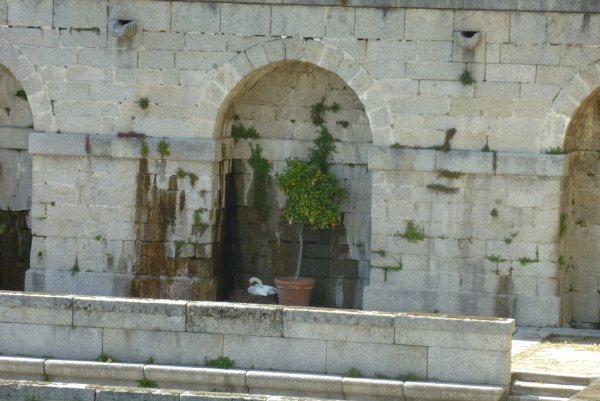 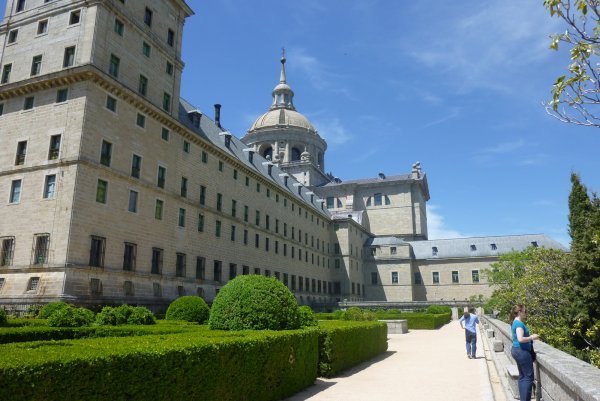 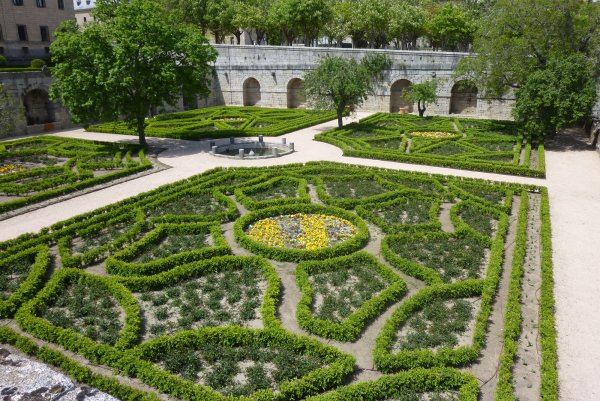 2010.05.18 Overlooking some the gardens. El Escorial was designed as a Catholic response to the Protestant Reformation, so most of the building and gardens are solemnly decorated with sparse colours. 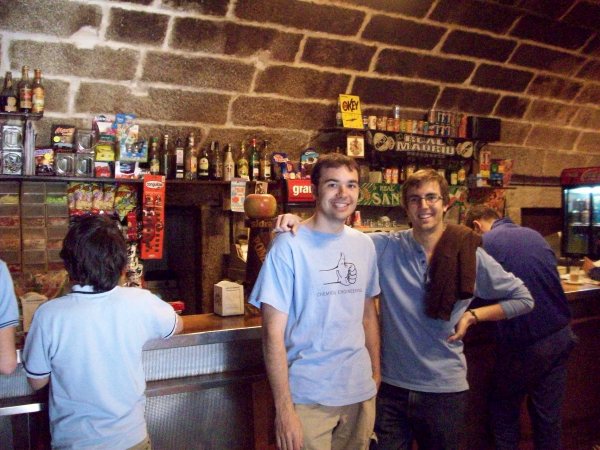 2010.05.18 We had lunch in a literal hole-in-the-wall. The entire complex is made of stone, and this small room was built off of one of the walls.

2010.05.18 Panorama from the Chair of Philip II. You can see El Escorial in the distance, over Jose's head. This is where King Philip II watched the construction of El Escorial according to legend. It is believed to have originally been constructed as a vettones (pre-Roman) offerings altar. 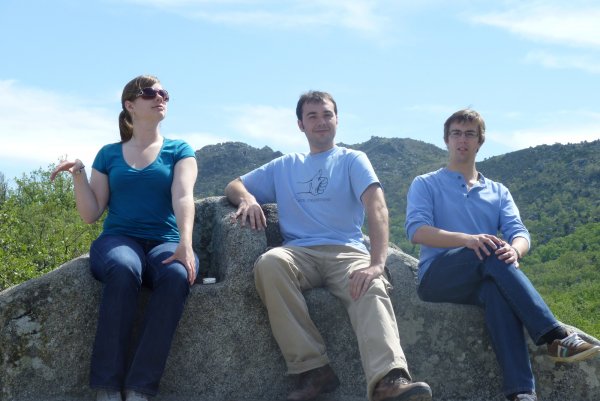 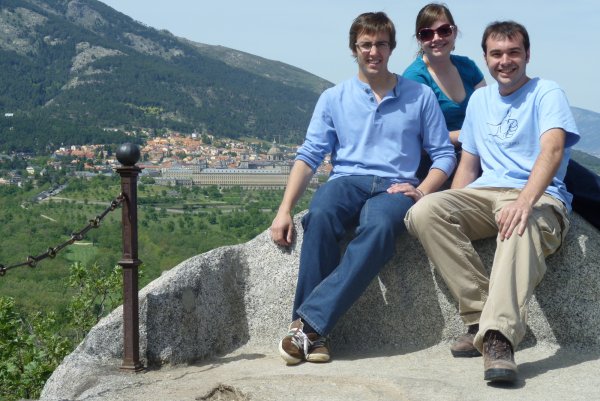 This is our last day of vacation, and we took it easy in Madrid. 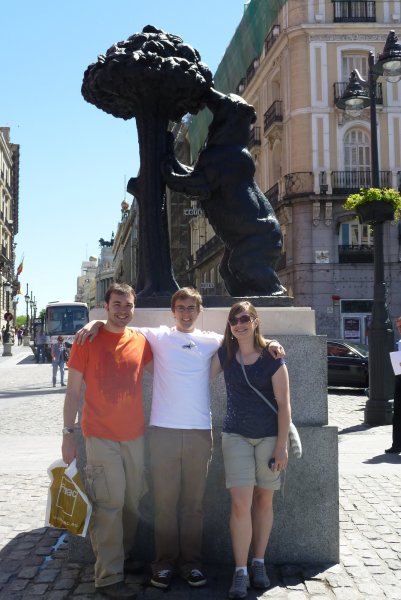 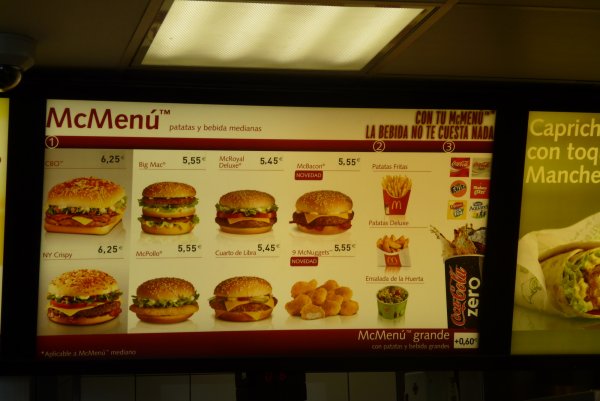 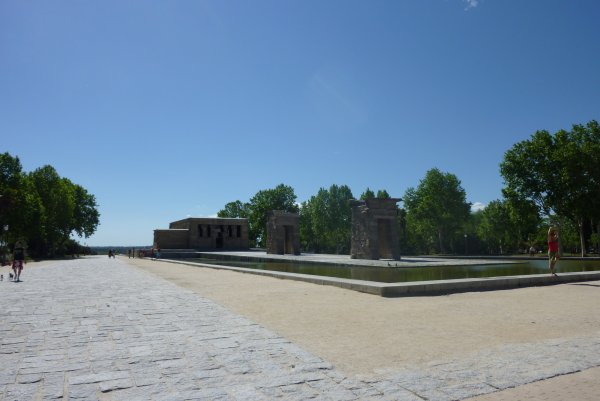 2010.05.19 This is the Temple of Debod, which was originally built in Egypt in the 2nd century BCE. The Aswan Dam threatened it, and Egypt gave the temple to Spain as a gift. It currently resides in Parque del Oeste. 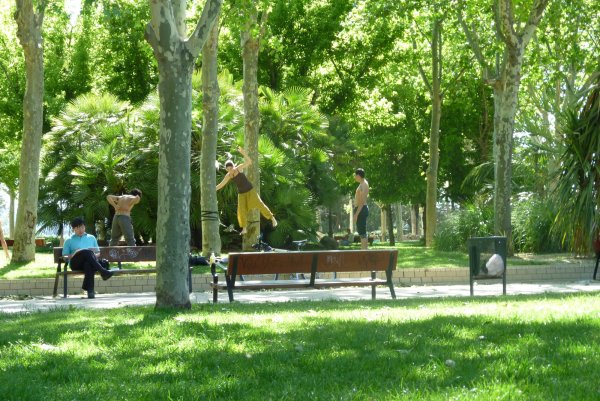 2010.05.19 We saw some people slacklining while we ate ice cream in Parque del Oeste. 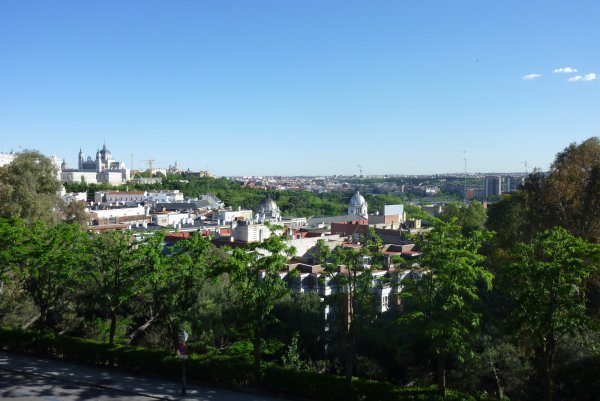 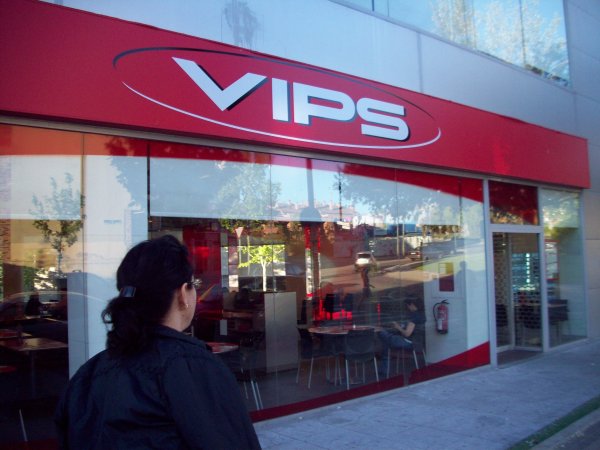 2010.05.19 Eating dinner at Vips. Vips was started by a Mexican businessman and is very American in layout, which is in stark contrast to traditional Spanish restaurants. 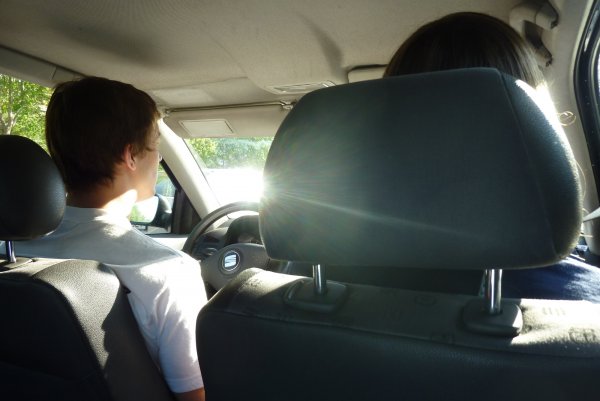