I took more pictures in 2018 than in 2017. I found myself in Dresden, Israel, Derry/Londonderry, and Grenoble.

Work took me to Dresden, Germany, this year. I enjoyed it so much that I caught a cold and felt miserable for my weekend! 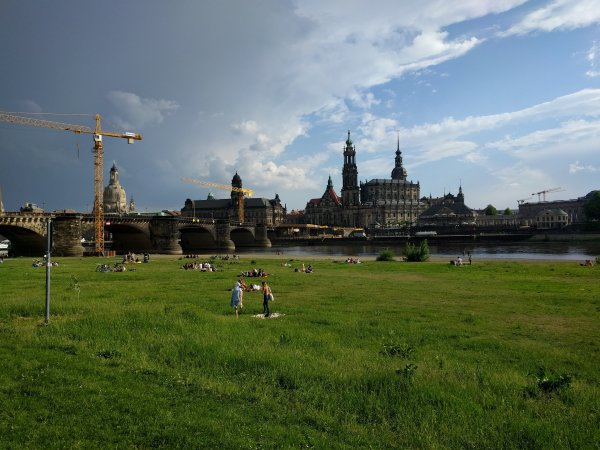 2018-05-10 I arrived the evening before Christi Himmelfahrt or Ascension Day. I always enjoy a good day off. While it historically celebrates Christ's Ascension to Heaven, my observation is the holiday is primarily celebrated by spending time outside and consuming alcohol with your friends. This is looking over Elbe River. 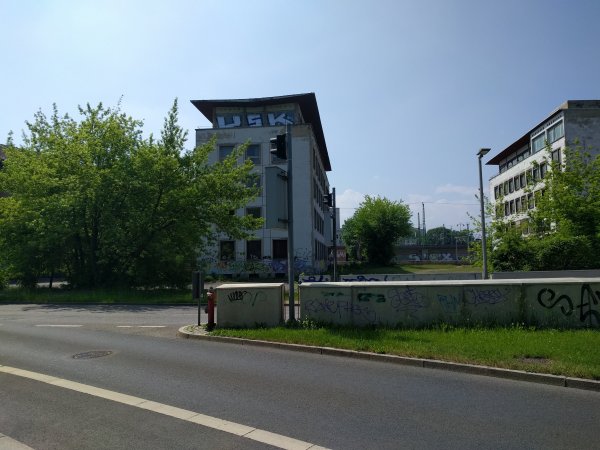 2018-05-12 Many buildings build during communist rule still stand, giving parts of the town a communist bloc feel. As an American, I find this fascinating. 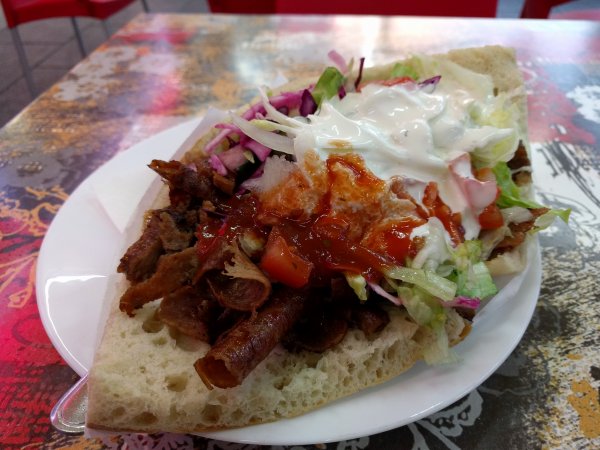 2018-05-12 Doner Kebab is one of my most favourite dishes of all time. I have a terrible habit of eating this dish almost exclusively when travelling through Europe. 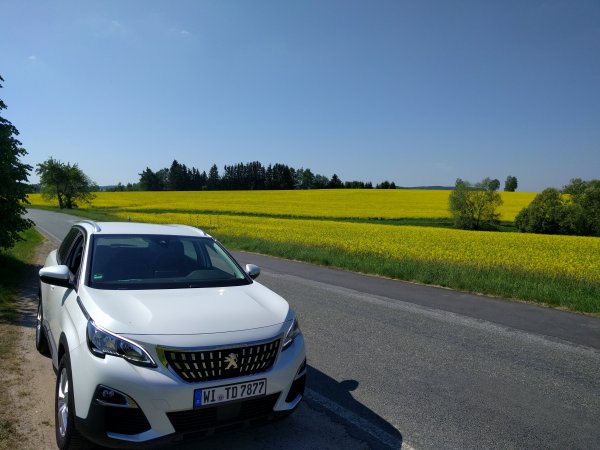 2018-05-13 One of my days off had me driving through the rural countryside of Saxony. My rental Peugeot 3008 was a fun car, but it started feeling unsafe on the autobahn around 180kph. 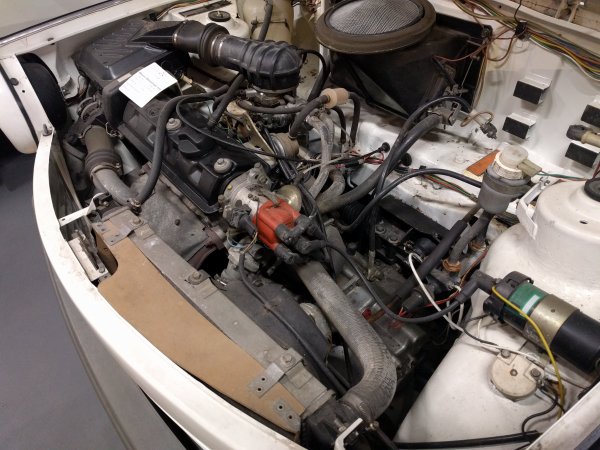 2018-05-15 I stopped by the museum Die Welt der DDR, which features artifacts from East Germany during the communist regime. The Tragant is a two stroke passenger car produced in East Germany, and this museum has a wall of them showing the different configurations. I was most impressed by the I4 4-stroke produced from 1989 to 1991 and the trailer that was pulled by these tiny 20HP cars. 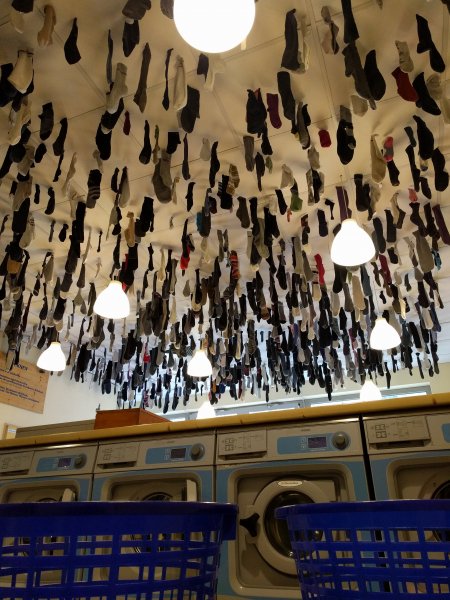 2018-05-17 I did my laundry on this 20 day trip. The laundromat I found on Google Maps had instructions in English and lost socks on the ceiling! 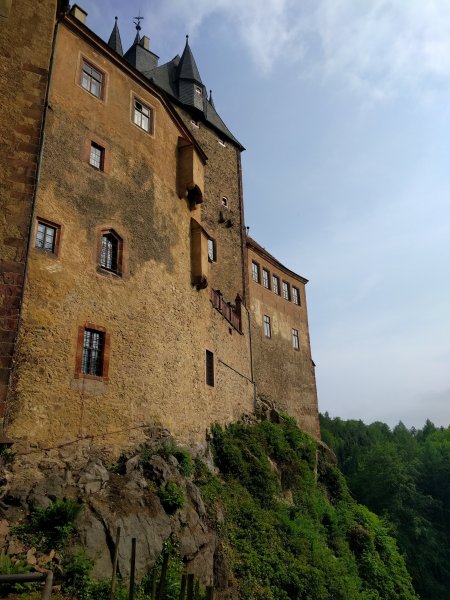 2018-05-19 I made a day trip to Burg Kriebstein, a castle about an hour away from Dresden. While it is not particularly famous, the castle was originally built in the 1500s and continually evolved as the function of a castle changed. With different sections of the castle dating to different eras the goal of the architect becomes evident; with early rooms being small for containing heat and defensibility, but later rooms being larger with larger windows as castles abandoned their military function for social function. 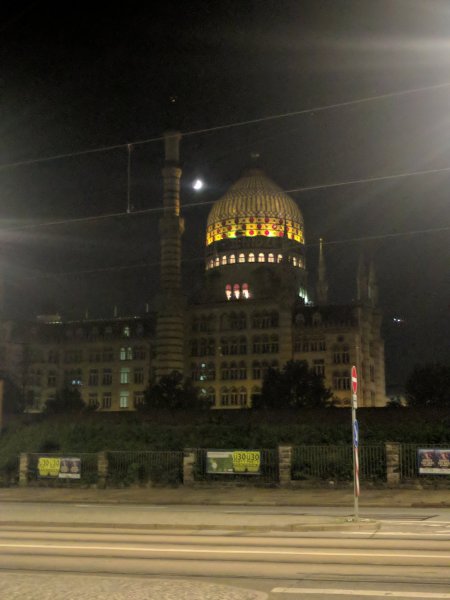 2018-05-19 One of the major landmarks of Dresden is Yenidze, which originally was built as a cigarette factory in 1909. The cigarette company imported tobacco from the near east, which prompted the mosque inspired architecture. The building is now an office building.

Another work trip to Israel. I try to still be a tourist during any trip longer than a week.

2018-09-29 On my weekend I went for a short hike near the office. Being September, the plants are dry and yellow looking, but during my hike I walked the opposite direction to a shepherd and his flock.

2018-09-30 During this trip I made my way to Caesarea. I really enjoyed seeing such a good example of Roman architecture. Which is an ironic statement as this picture only features the foundation of a house. 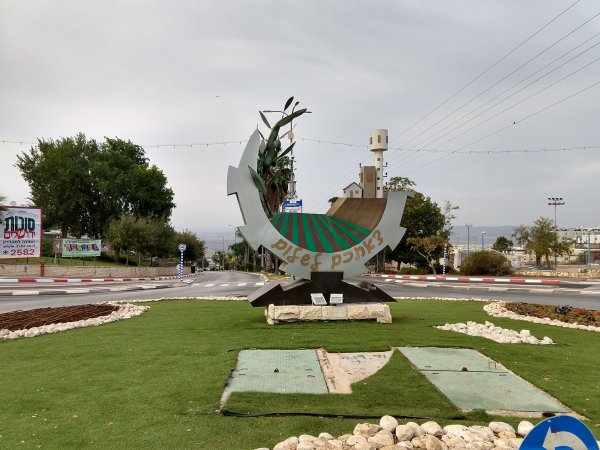 2018-10-01 The KLA office is located in Migdal HaEmek with this roundabout.

2018-10-04 Another stop by the Bahá'í gardens in Haifa. I always stay in a hotel within walking distance of this overlook. 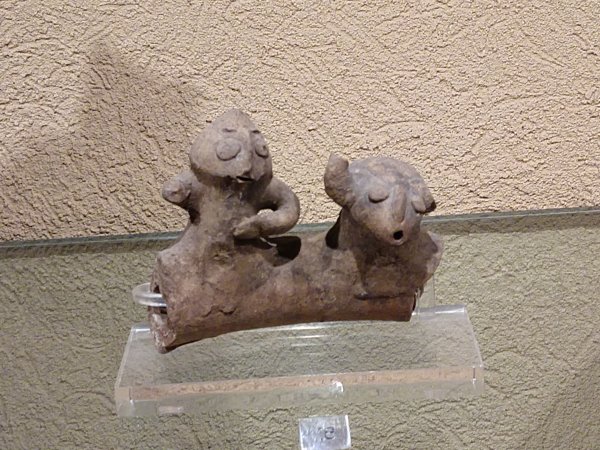 2018-10-05 On the grounds of the University of Haifa is the Hecht Museum. The museum covers the history of the region from the Canaanite period to Byzantine period, and I really liked the seafaring people's (Phoenicians) exhibit. Unfortunately, I don't remember what this specific artifact is supposed to represent. 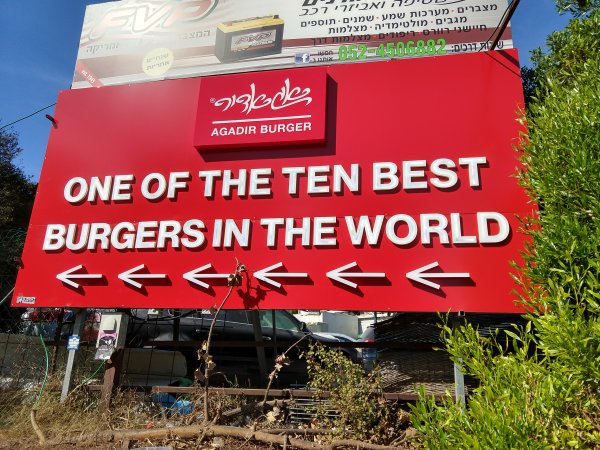 2018-10-05 I'm shy so I don't eat out much when I travel. But when I see a sign claiming "One of the Ten Best Burgers in the World", I'm interested. This claim must be true: if the sign intended to lie about the quality of the hamburger, why not claim to be the best burger? 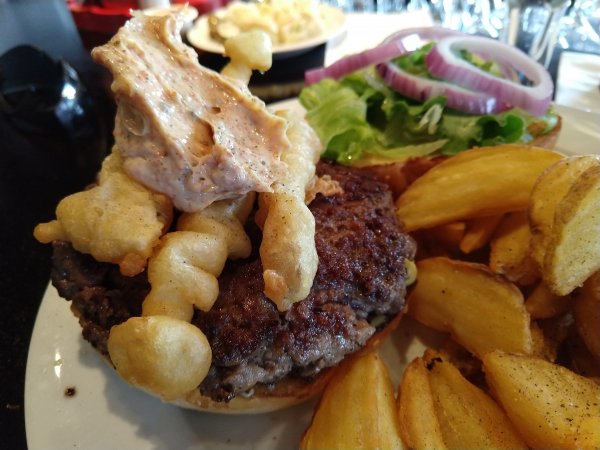 After my trip to Israel, work immediately sent me to Derry/Londonderry in Northern Ireland. I was lucky that my travel schedule gave me a weekend to be a tourist on my first trip to Northern Ireland. 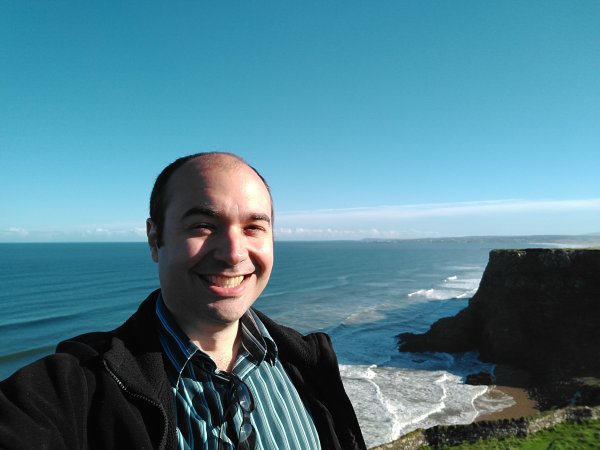 2018-10-14 I collected photographic proof that Ireland has days without rain!

2018-10-14 A panorama of the North Alantic with Mussenden Temple on the left side, along with Charlie being my tour guide.

2018-10-14 The nearby Downhill Castle. This is a bizarre structure constructed in the late 18th century and provided really cool ruins to investigate.

2018-10-14 Further along the coast is Dunluce Castle. While in ruins, it is an excellent example of 16th century architecture. 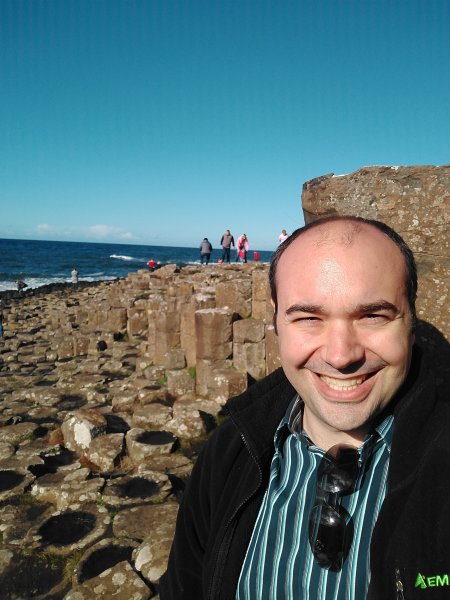 2018-10-14 The main attraction of the northern coast tour is the Giant's Causeway. If you visit remember that there is no admission: the site is a national park but there are tours which imply you need to pay admission. 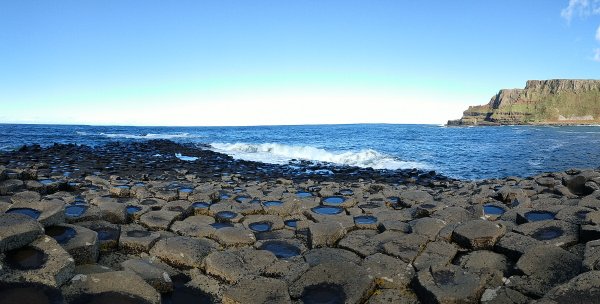 2018-10-14 During my visit I remained dumbfounded by how perfect the weather was. 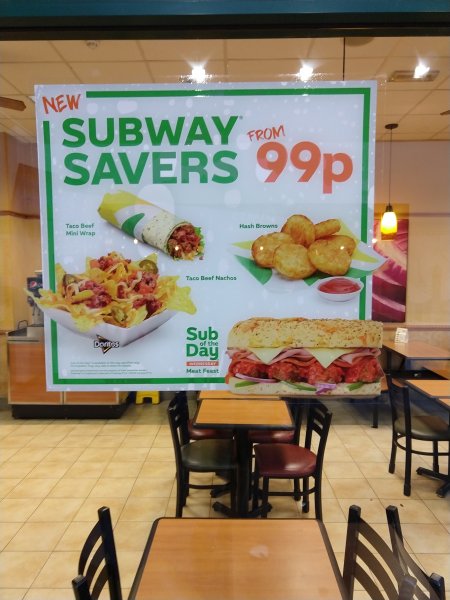 2018-10-15 Subway around the world amazes me. Here we picture something that I thought belonged to Taco Bell: Taco Beef Nachos with Doritos chips 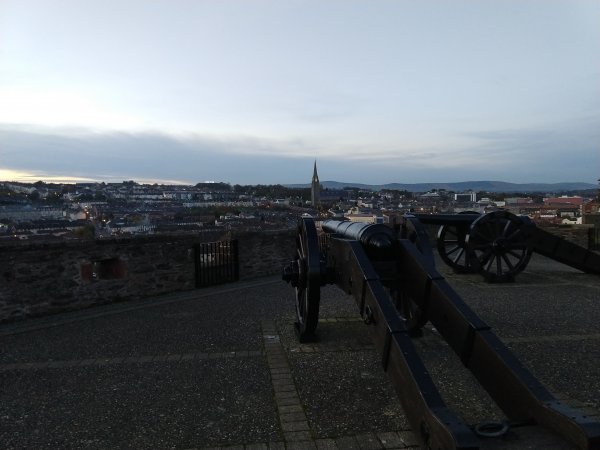 2018-10-15 Derry/Londonderry is also known as the "Maiden City" as the city walls have never been breached, even with three sieges in the city's history. The walled city was next to my hotel and provided a walking destination, along with the small restaurants and pubs which occupy the old buildings. 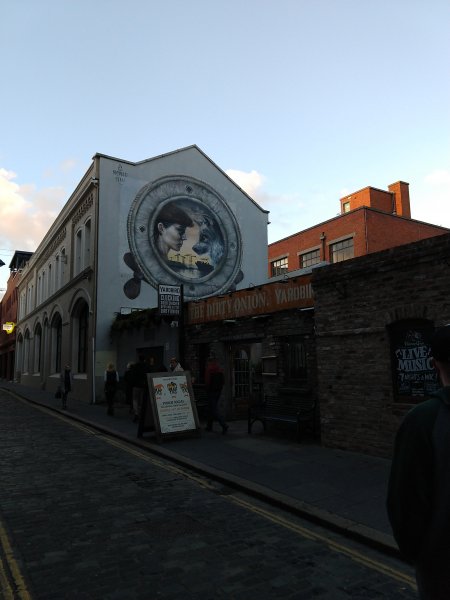 2018-10-17 Departing through Belfast, we stopped in the pub "The Dirty Onion". While the pub was fun, I actually took this picture for the mural on the next building. 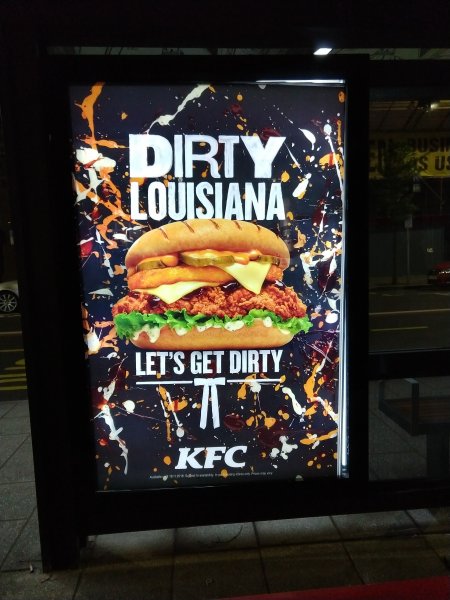 2018-10-17 My culture shock always comes in the form of fast food. I did not get to try the Dirty Louisiana, and I do not want to try it.

Another work trip took me to Southern France 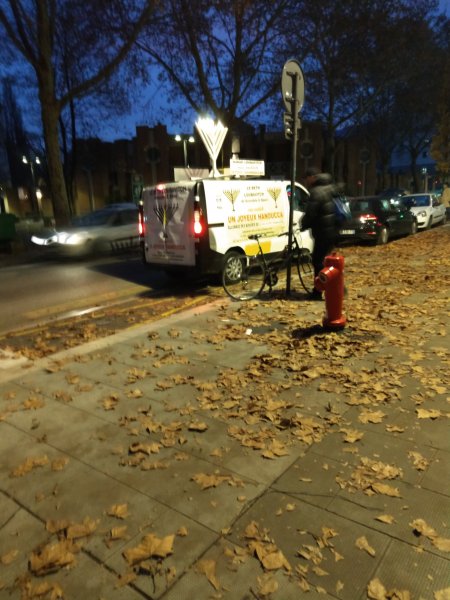 2018-12-05 While walking to the store, I saw the Hanoucca van pass. Unfortunately, the picture does not provide the van justice: it also had loudspeakers making statements in French. 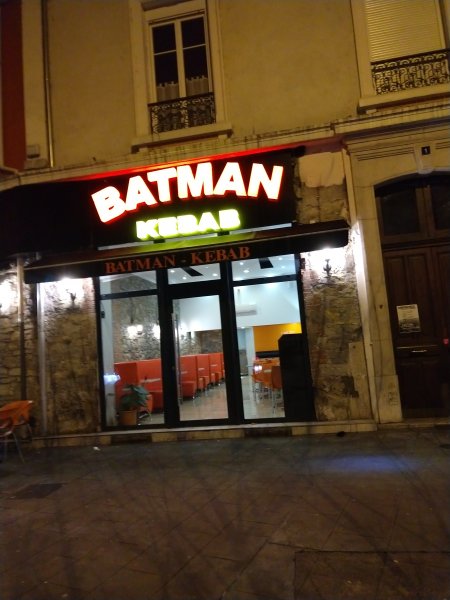 2018-12-05 I love Doner Kebab in Germany, and in France I love Kebab. They are very similar, but different! The curry sauce took shaved meat in a whole new direction. 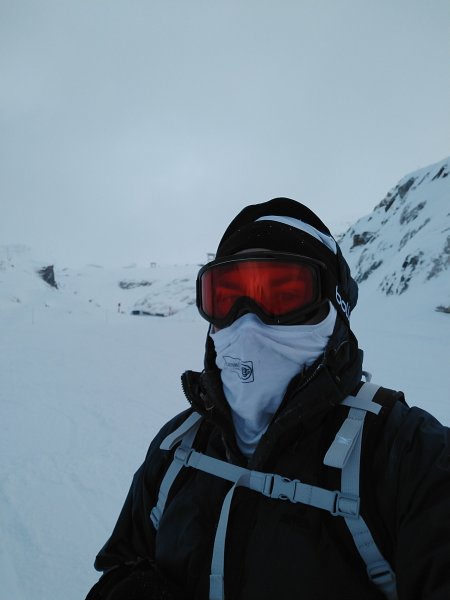 2018-12-08 Grenoble is situated in the French Alps. It was too early for most ski areas, but Les Deux-Alpes skis on a glacier. Pictured here is me making due with the not-cold-weather equipment I brought for work; that is a tee-shirt I am using as a scarf.

2018-12-08 Here is looking down from the slopes on the town. Also pictured is a very cloudy sky, which translated into 10 metre visibility on many of the ski runs. 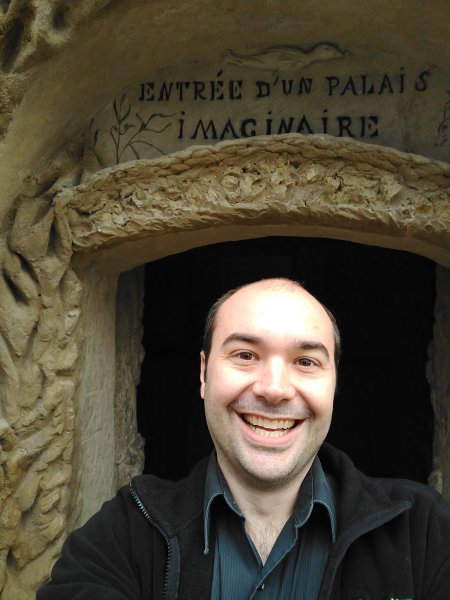 2018-12-09 Le Palais idéal is an example of naïve art made by the French Postman Ferdinand Cheval, started in 1879. This concrete structure can be explored up-close. I was lucky to arrive early in the day and there were only a few other visitors; I imagine during the summer people can detract from the experience. 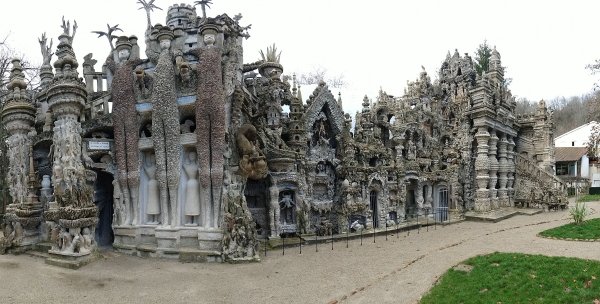 2018-12-09 A panorama attempts to cover all of the palace in one picture, but it misses so much of the interesting details added to this structure. 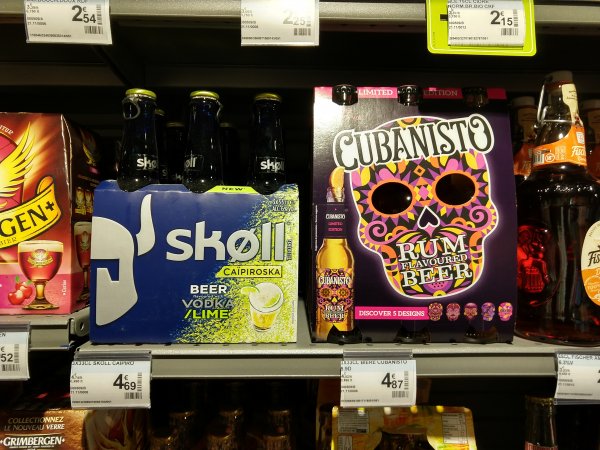 2018-12-10 While shopping for some French wine (something in the 5-10 euro range), I discovered some interesting beers. I never thought beer needed the flavour of rum or vodka, but here they are! 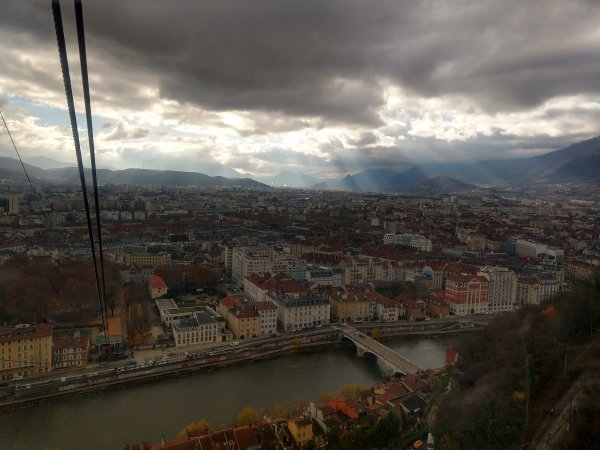 2018-12-11 My last picture of Grenoble is overlooking the city from the cable car. I struggled to find clear weather during my stay in France, but this overcast day gave me an excellent opportunity to leave work early and visit the fort overlooking the city.