On my way to Australia I stopped off in Mountain View, CA to visit some of my friends who were interning with NASA. Unfortunately Stephanie and Tanya had a lot of work to do, and so I did not see much of them. Luckily Tanya's sister Riva and mother Rina came to visit at the same time, so they rented a car and drove me around. How nice of them. 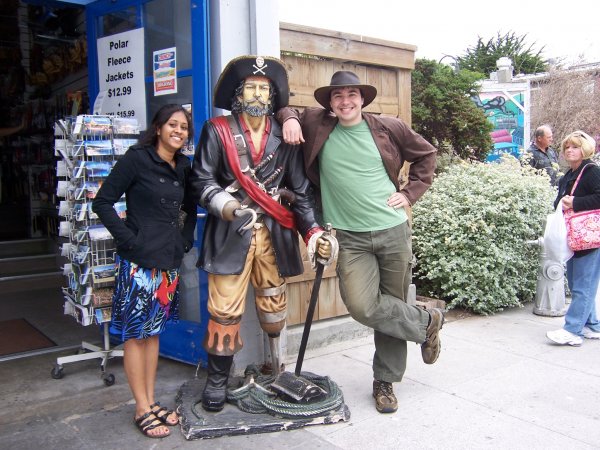 2009-07-23 As usual I was terrible at taking photos. So despite visiting for several days, the first photographic evidence of me being in California is in Monterey Bay. Here is an awesome pirate. There is also a wooden statue and me in the photo. photo credit - Riva 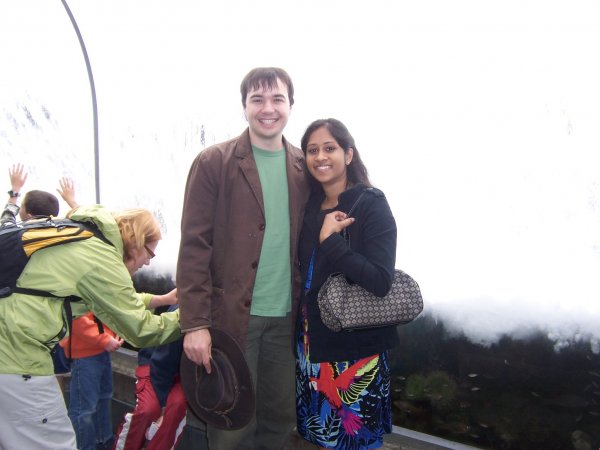 2009-07-23 One exhibit at the aquarium had a tunnel under a waterfall. While this photo just looks like the camera is not correctly configured, it is whitewash behind us. We probably spend half an hour trying to get this photo, so I must include it on my webpage. photo credit - Riva 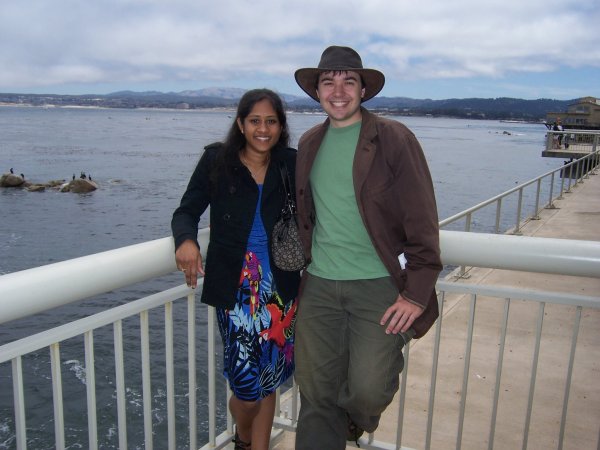 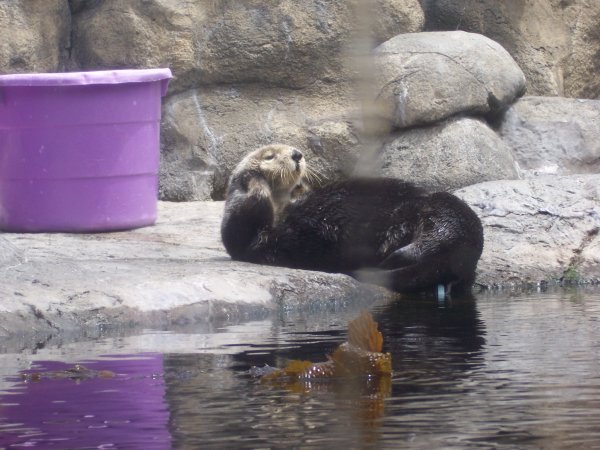 2009-07-23 This otter is adorable! We thought she was adorable as she cleaned her face, then her eyes, then her ears. Then she started to clean again. And again. Right around that point I read the exhibit sign, which mentioned that the aquarium rescues and returns otters to the wild. Only otters not capable of returning to the wild stay... and this otter spends most of her day grooming herself. photo credit - Riva 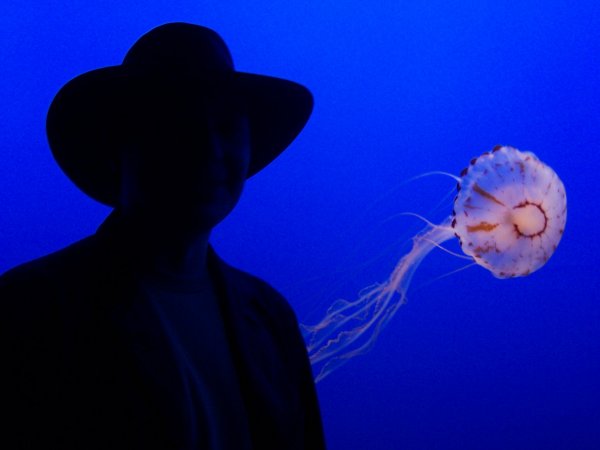 2009-07-23 Another photo which probably took half an hour to take. Isn't it artistic? photo credit - Riva 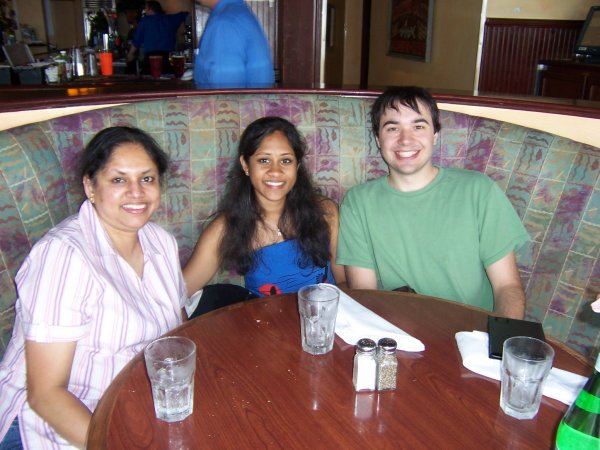 2009-07-23 After the aquarium we (Rina, Riva, and I) went to lunch. The clam chowder was excellent, and I thought the cup which came with a meal would be sufficient. I should have gotten the bowl. photo credit - Riva 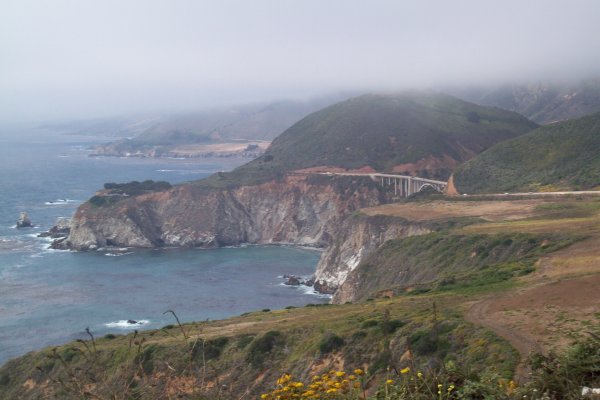 2009-07-23 We left Monterey Bay and drove along Highway 1, which is very scenic. This photo kinda summarizes the sights as it is rocky with water to one side. 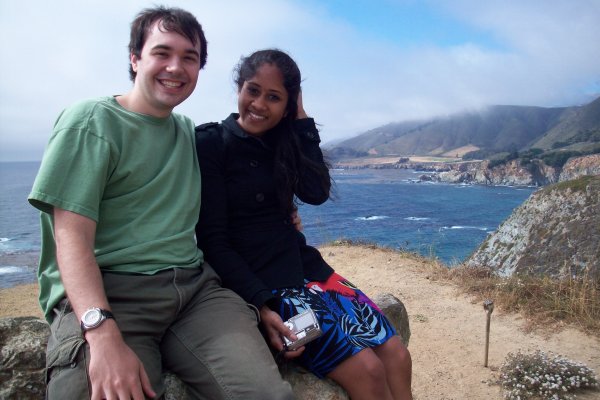 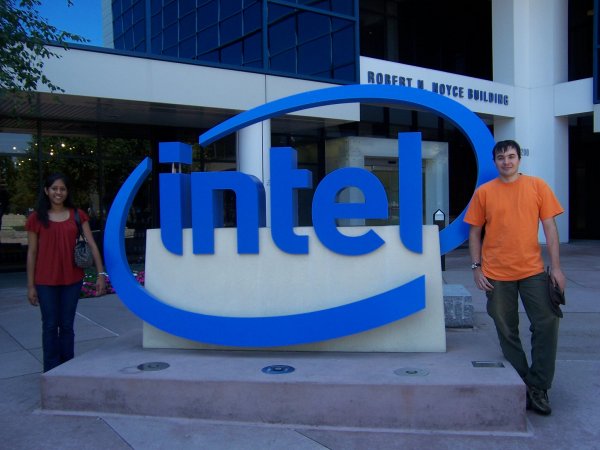 2009-07-24 We visited the Intel facility, which had a small museum talking about Intel's history. Did you know Intel made memory before processors? I did. It was still fun. photo credit - Riva 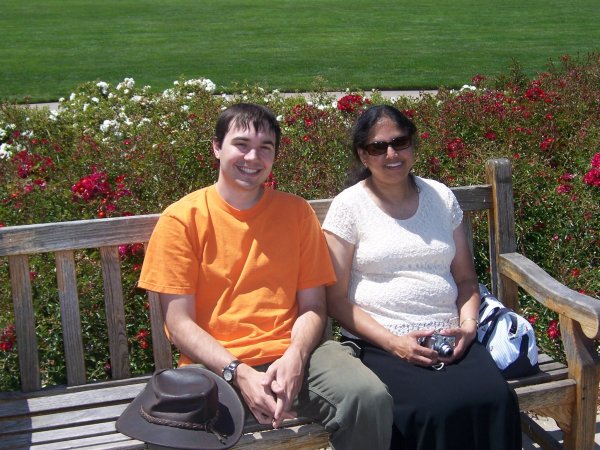 2009-07-24 We made it to Stanford University and walked around. My biggest impression is that it is huge as the entrance circle is probably as large as the University of Michigan Diag. Also, the weather must always be nice for palm trees to grow. Here is Rina and I sitting on a bench. photo credit - Riva 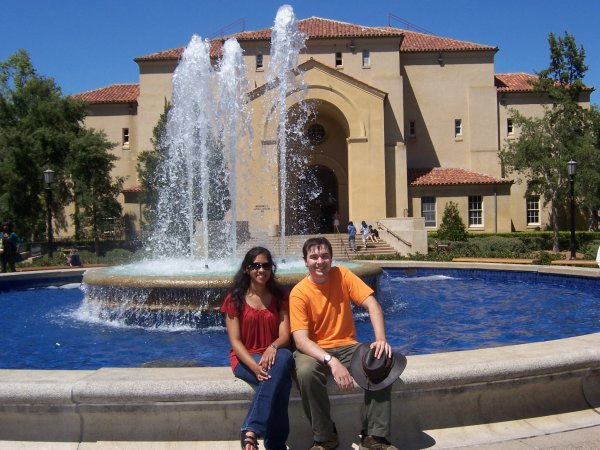 2009-07-24 Still at Stanford, here is Riva and I sitting in front of some building and a fountain which probably both have names. photo credit - Riva 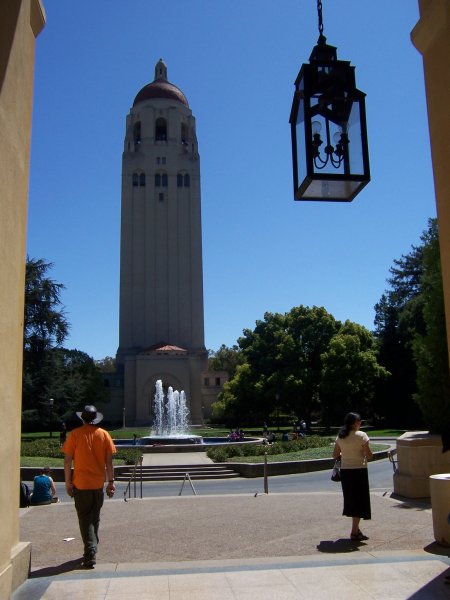 2009-07-24 You can see the bell tower which we were not allowed into. However, my experience with towers is that you climb the stairs because everyone else is doing it, and then everyone sits at the top because everyone is tired and has realized the trip was not worth it. photo credit - Riva