Documenting my garden in 2016. This is a short story about a potato from the supermarket.

As a new homeowner, I took the initiative to start gardening. Late in the summer I built a freestanding planter box and stuck some potatoes from the supermarket in it with potting soil. It was not well thought out, but potatoes are easy and forgiving. 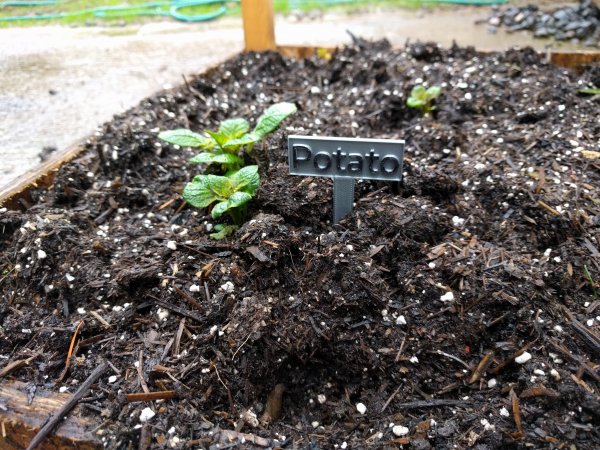 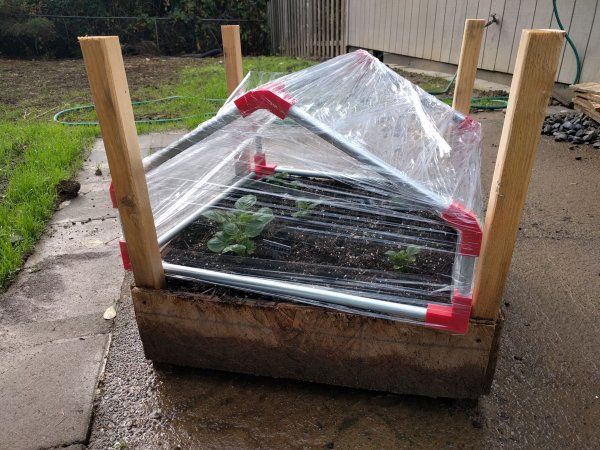 The potatoes did well and I ate some of them. They survived some frosts but mid December snow hit and killed the foliage. As designed, emptying the box for the potatoes was very easy. The following years I have opted not to continue using the box for potatoes, although it has held compost and scrap lumber around the yard.